Mrs. Lynda Schimke's class learn about the history of the Buffalo Soldiers. 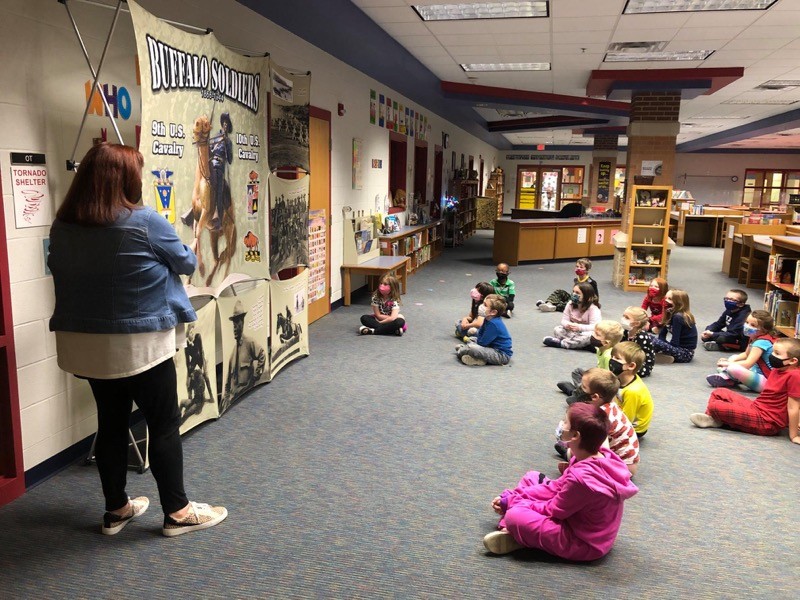 Students at Lansing Elementary School celebrated Black History Month by learning about the history of the Buffalo Soldiers. "Library Aide Diane Kelly and the Lansing Elementary School Diversity Committee partnered with Fort Leavenworth to share a traveling exhibit featuring facts and photos about Buffalo Soldiers," said third grade teacher, Mrs. Libby Stevenson. "The exhibit was on display for the month of February."

Lansing Middle School celebrated Black History Month across the building. The Peer Leadership Group created two bulletin boards in honor of Black History Month with the help of sponsor Mrs. Jennifer Bishop. One board celebrated the Yoruba culture and specifically highlighted a Lansing Middle School student's experiences when he first moved to Lansing both being labeled and accepted. The other board celebrated historically impactful African Americans.  The pictures had tags with the individual's name and under the picture there was information about the impact that individual made.

"We just began this in February, so we're just getting into some of the bigger topics," said Ms. Leinemann. "Today we began reading the introduction to the book titled, Stamped by Jason Reynolds and Ibram X. Kendi.  We are spending different days of the week focusing on important skills to help students develop an anti-racist toolkit.  We also have begun to use the book titled This Book is Anti-Racist by Tiffany Jewell.  Each day of the week is set aside to focus on different topics which I will list below."

Below is a schedule of what they are currently studying:

At Lansing High School, the AP Literature class read Their Eyes Were Watching God by Zora Neale Hurston to observe Black History Month. "It is a great text for BHM because it centers on uniquely black communities and voices," said AP Literature teacher, Mrs. Maeve Bolin. Students in the class enjoyed the novel and felt it was important in understanding black history.

"This novel is important for discussing Black History Month because of its prominent notion of freedom, which allowed us to discuss this theme more in depth as we go along," said LHS seniors, Chloe and Taylor Kautt. "It goes past students' general knowledge of how black people were treated during the time period of the novel and discusses a different view point that contributes to the entire meaning of the novel and what we as students are able to take away from freedom and individuality."

The novel also impacted LHS senior Maddie Atkins, "Hurton's novels shows a unique perspective of what it was like to be a black woman in the early 1900s. By studying this book in class, we were able to have important discussions about forms of gatekeeping that exist for black women wishing to write about their experiences."

Other LHS teachers also incorporated Black History Month into their lesson plans. Mr. Keith Andrews started each class in February with information about a different influential American American and why they were famous. Ms. Maranell reported the debate team had Black History Month themed impromptu speaking topics as part of their home tournament on February 11th - February 13th. Freshmen Student Council members celebrated each day of February by posting a fact or quote on twitter to share with all the followers.

Mr. Bruce Lapham's Social Skills classes read articles from NewsELA.com about lesser known African-Americans who participated in the civil rights movement in their local communities, as well as some African-Americans who are continuing to work hard today to make a difference in the world.  "We have imagined ourselves in their shoes and shared how we would feel in those circumstances and what we might do to try to make things better," said Mr. Lapham. "I have been very proud of the mature and deeply thought out discussions my students have been able to have." 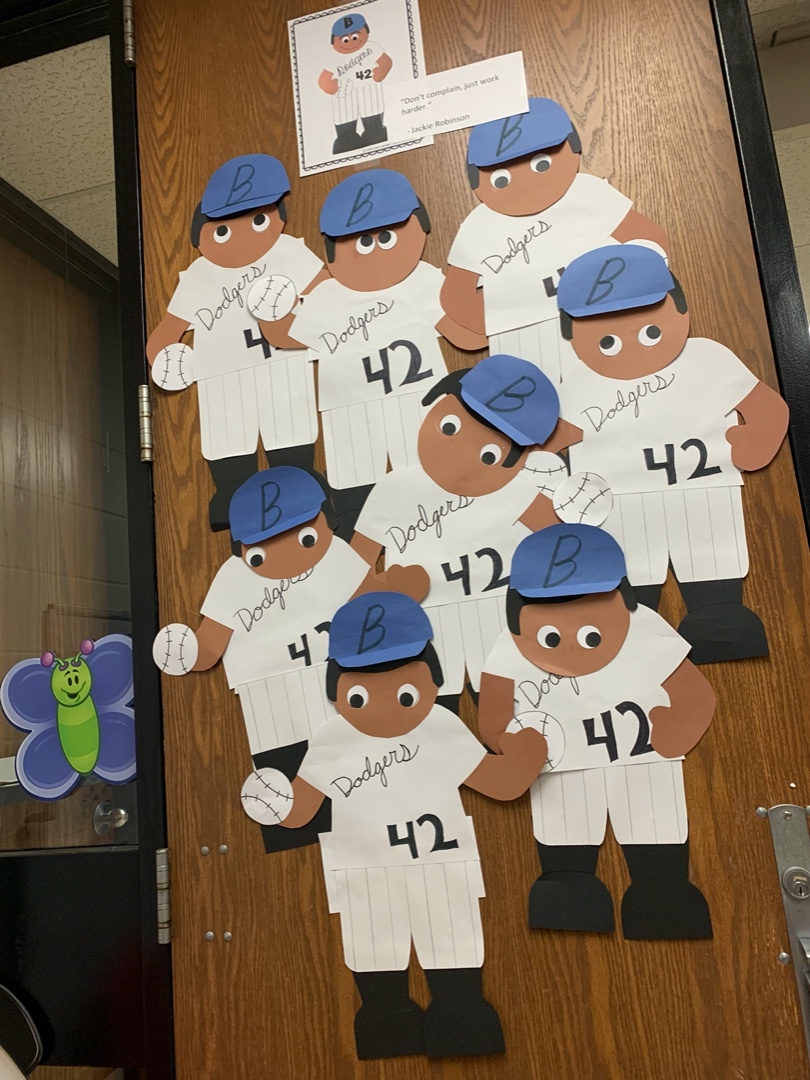 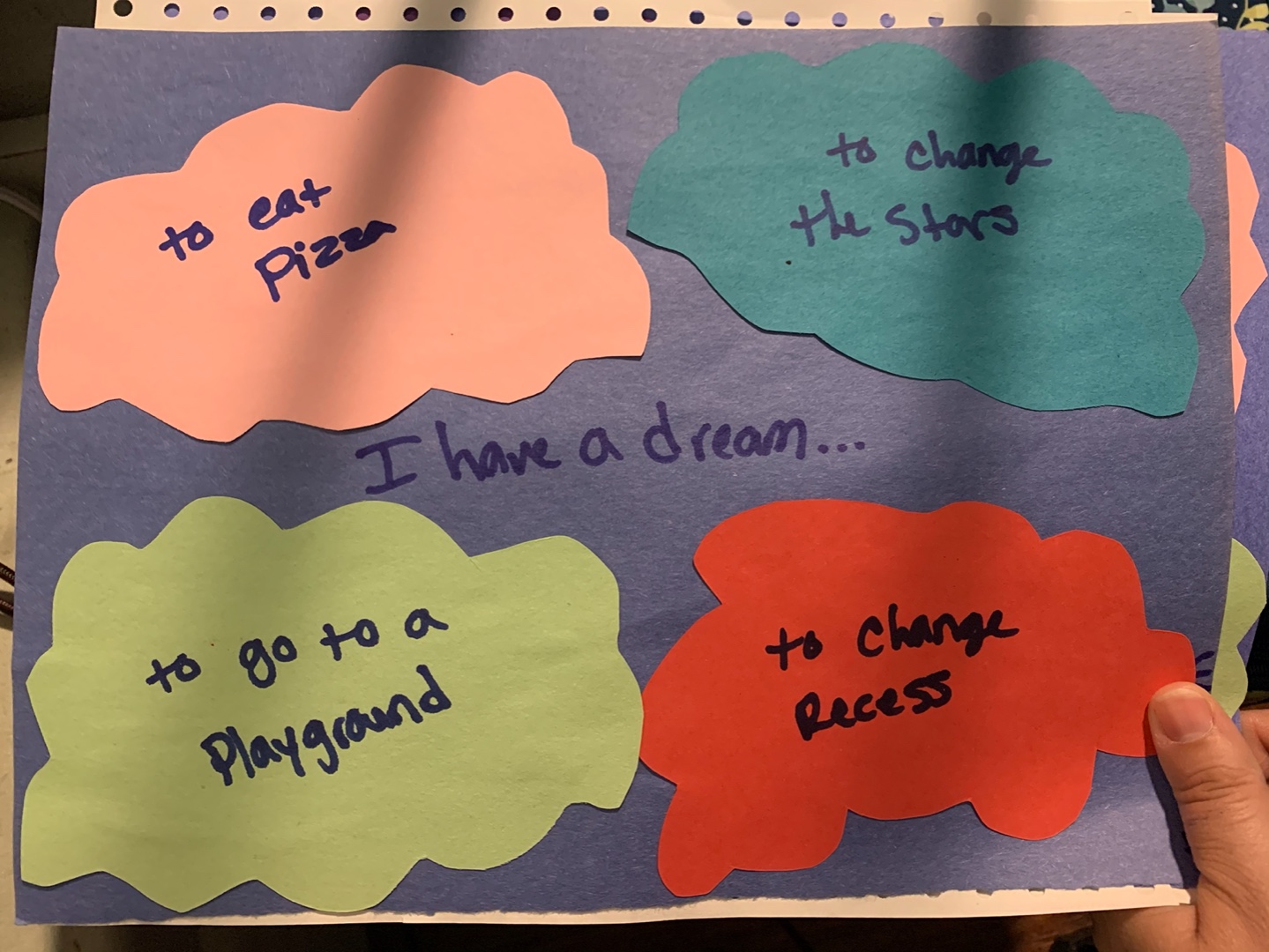 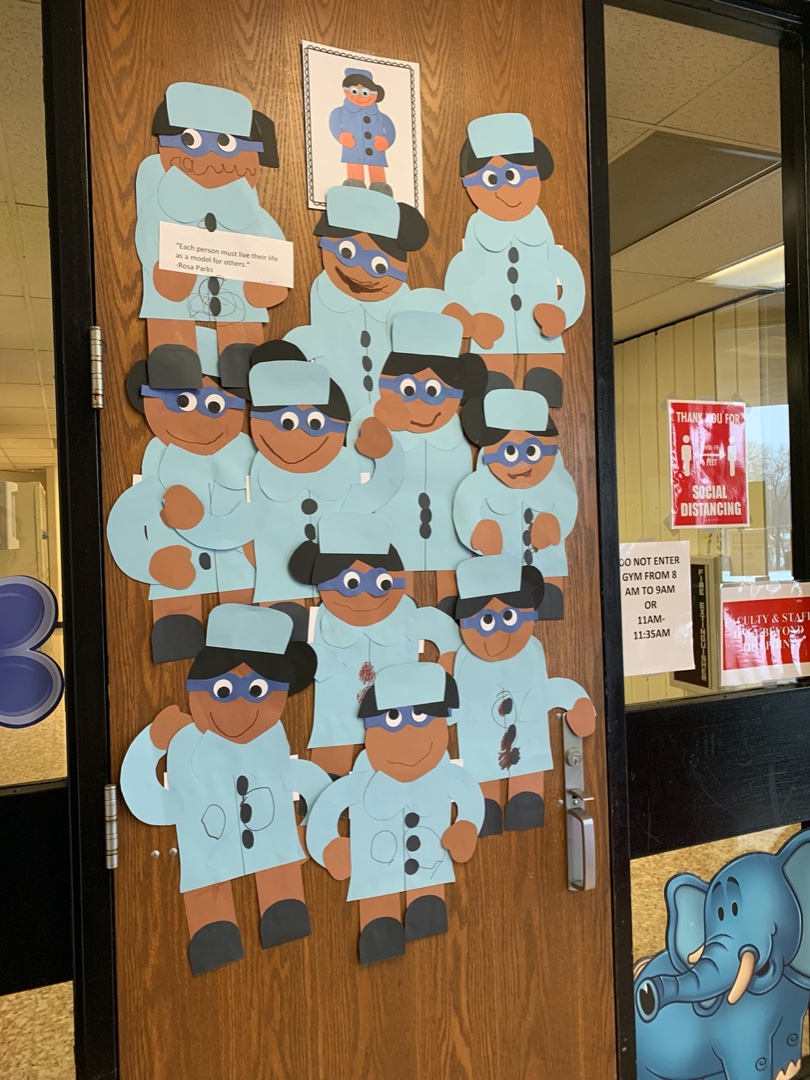 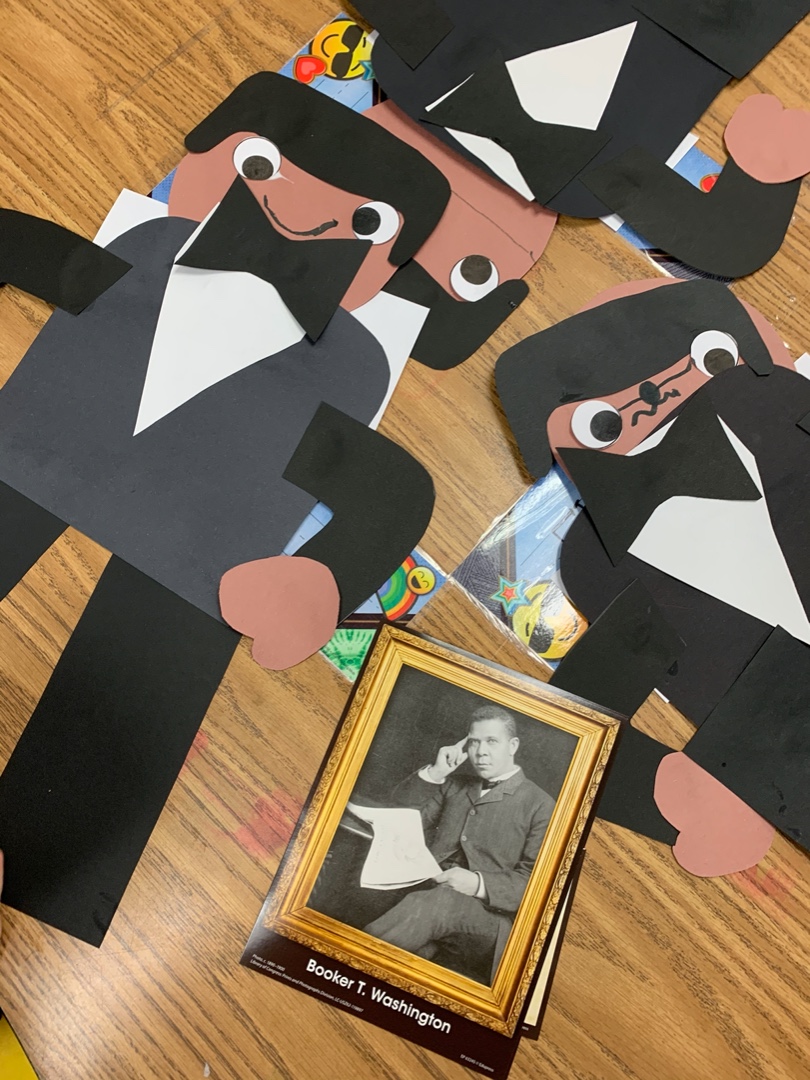 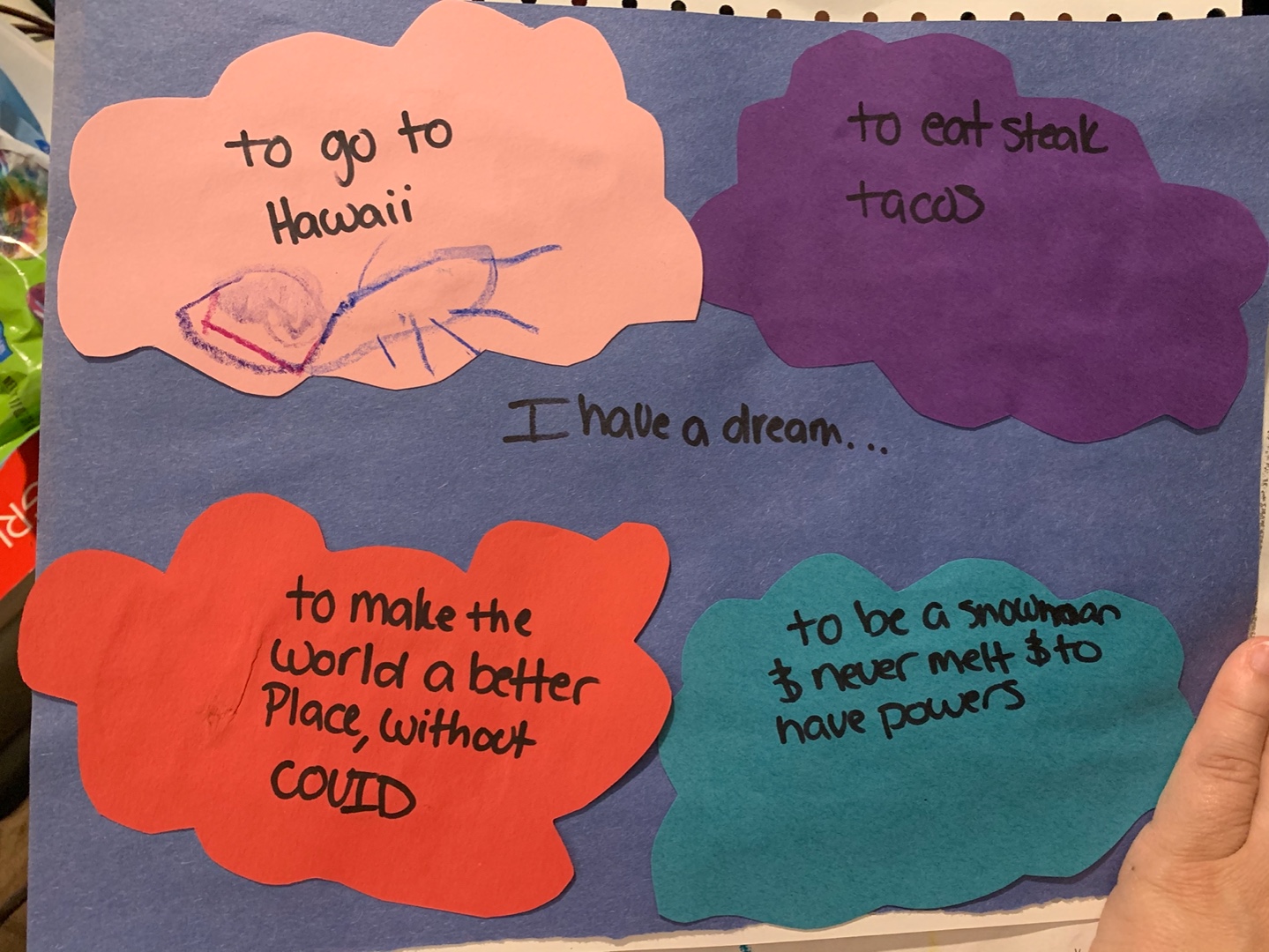