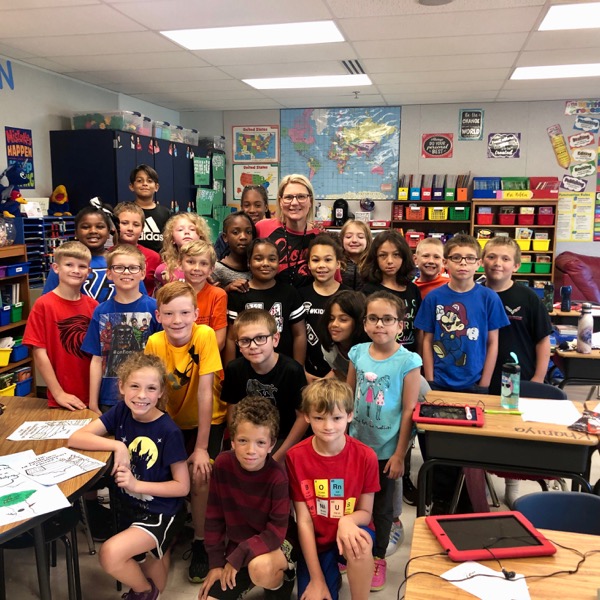 Mrs. Holden took this opportunity to spend the day with her class learning about the Constitution, to include the three main parts of the living document. "We went 'old school' to learn the preamble with Schoolhouse Rock," said Mrs. Holden. "We broke down the words to the preamble to understand what they actually mean, since it is not worded in today's language. Then we used the song to help learn the preamble itself."

The students had a blast and created the video below for your viewing pleasure!