The Lion's Pantry at Lansing Middle School has been helping families and students in our district by providing food for those in need for over ten years. Principal Kerry Brungardt got the idea for the pantry in 2009. The school started seeing an increase in the number of families struggling to make ends meet due to the recession, so Mr. Brungardt went to the site council and asked for ideas on how they could lend a hand.

The site council got to work collecting non-perishable food items and began storing them in a trophy case in the old middle school off Ida Street. The pantry caught the attention of Darcie Schuler and Jean Gaslin with Crossroads United Methodist Church in Lansing, and they began volunteering by helping organize the donations and delivering the food to families in our district. As the need continued to 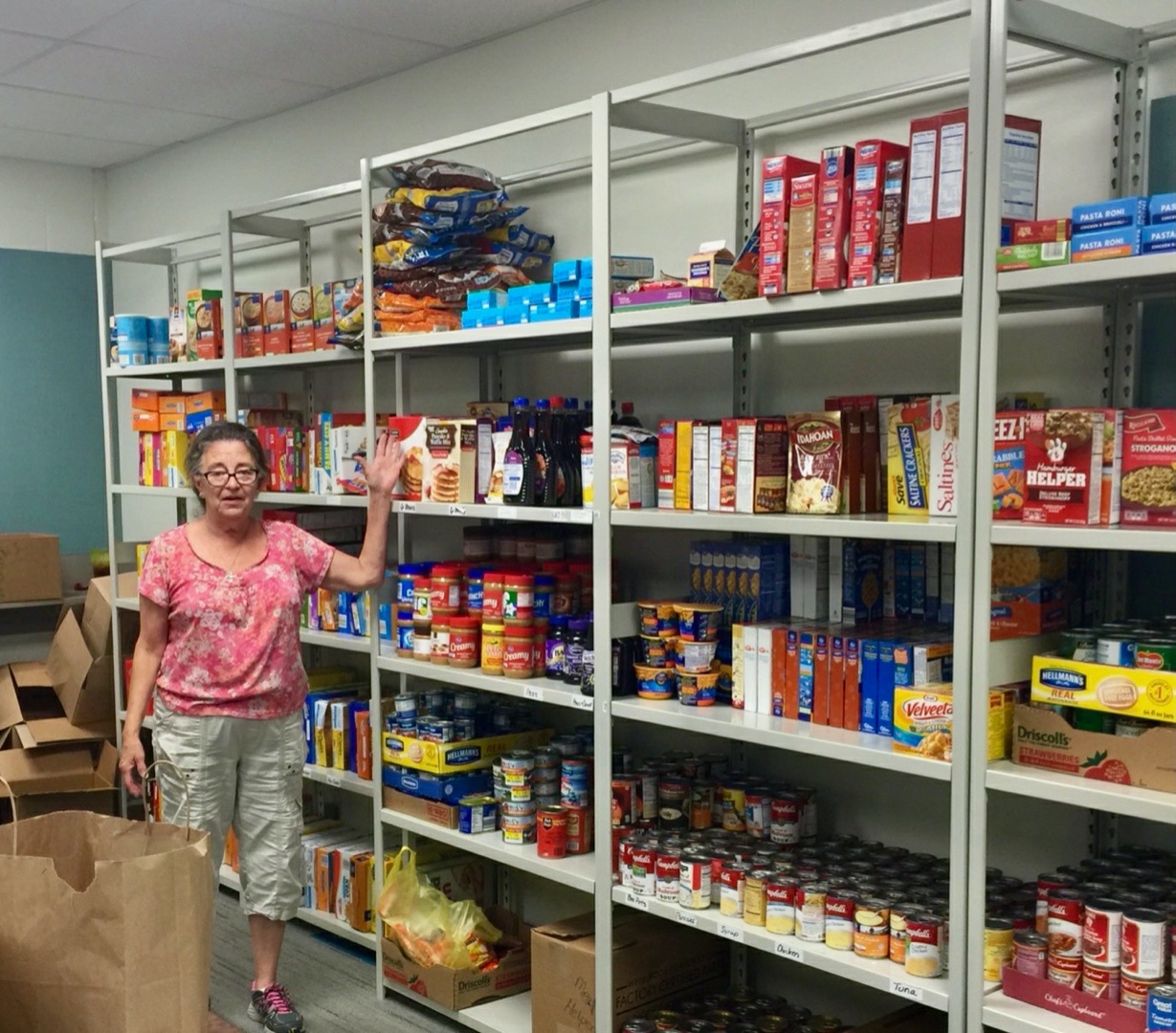 rise in our district, thankfully so did the number of volunteers and donations that rolled in. The pantry moved to a small office in the old middle school as more space was needed.

When the middle school moved to 220 Lion Lane a few years ago, the pantry got its own room and shelving. The Lansing Middle School site council along with Ms. Schuler, Ms. Gaslin, and Mrs. Shirley Painton, secretary at LMS, have been able to continue to organize the supplies, making sure all the necessary items are kept in stock. Student volunteers have also chipped in, marking the expiration dates on every item to be sure nothing goes bad and keeping everything sorted by type of food.

Sadly, Ms. Darcie Schuler passed away in April of 2019. One of her wishes before she died was that she didn't want anything to happen to the pantry. Mr. Brungardt, Mrs. Painton, and Ms. Gaslin have made it their mission to keep the pantry going strong after her death.

Currently, the pantry is serving approximately twenty-two families in need in our district. Site council member, Mr. Ryan Yedlinsky, and two of his children, C.J. and Anna, come in every Thursday morning to help put together bags that go home with or are delivered to the families each week that include the following:

They also include peanut butter and jelly once a month and occasionally include ramen noodles and a can of fruit. Another one of Ms. Schuler's ideas was to include snack bags for the children in the family. Snack packs contain items such as crackers, granola bars, pudding, cups of fruit and occasionally a pack of hot cocoa or oatmeal. Community member Dawn Parvin took over the snack packs after Ms. Schuler's death and has personally donated items and spent many hours keeping her idea alive and the needs in our community filled.

Along with the weekly meals, the pantry also fills the need of families going through short-term hardship, such as a parent losing their job. Mrs. Shirley Painton and Mrs. Maggie Peterson, social worker at LMS, both work to identify families in need. The pantry also stocks food for the holidays - they collect turkeys and/or hams for Thanksgiving, Christmas, and Easter. They also provide special candy bags for the students on Halloween, Valentine's Day, and Easter.

A tremendous thank you to all the community members that have helped keep the pantry going. Through the years, students have brought in a variety of items, whether it be cereal boxes at dances or turkeys / hams around the holiday, students and their families have been tremendously generous through the years. A huge thank you to Crossroads United Methodist Church, Westside Family Church, the Kiwanis, New Beginning Missionary Baptist Church, the Lansing Middle School site council, and various other private business owners in Leavenworth and Lansing who have given over the years.

If you are interested in donating, the pantries top five needs right now are:

You may deliver the items to Lansing Middle School or call Shirley Painton at 913-727-1197 with questions. 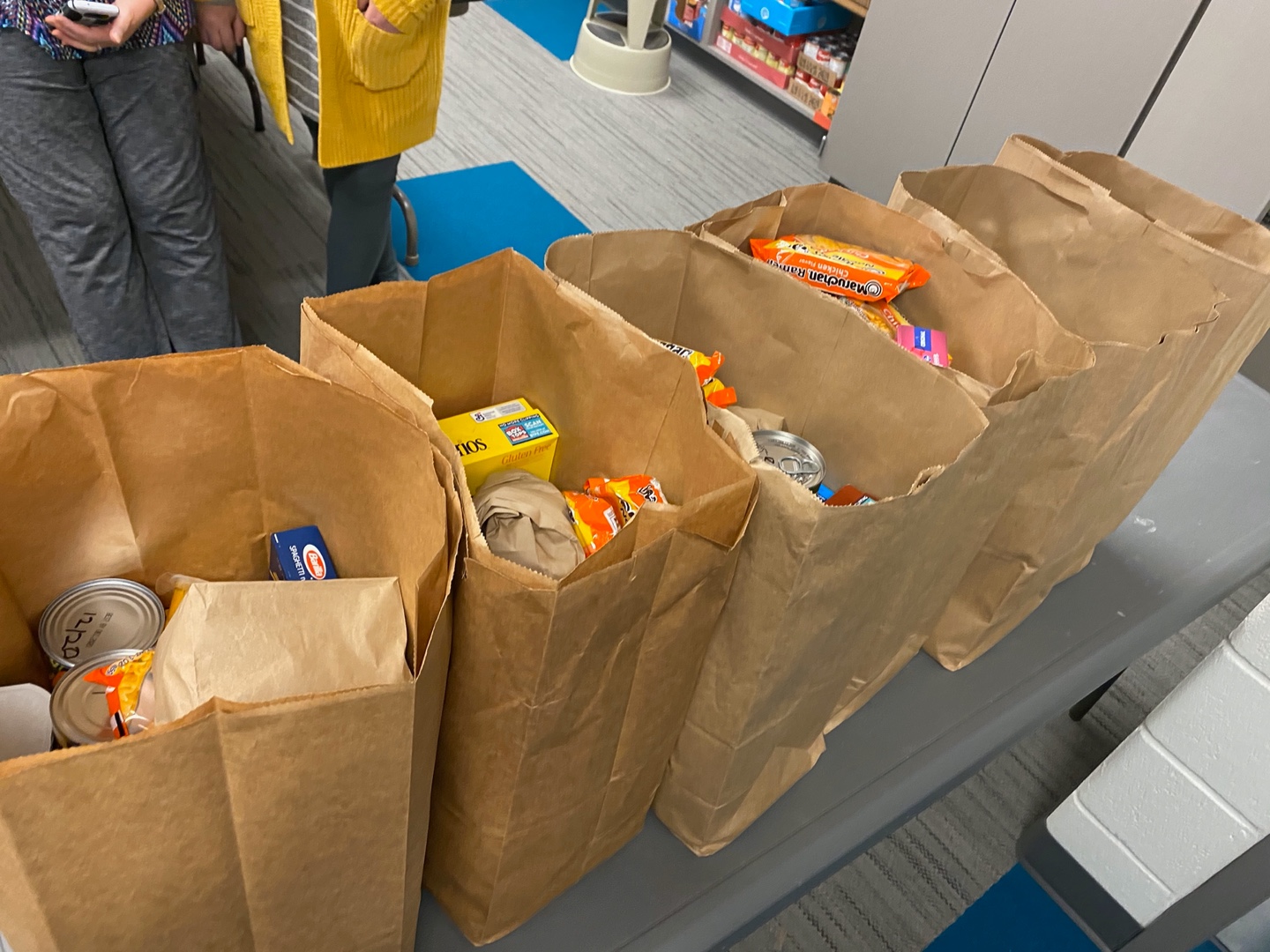 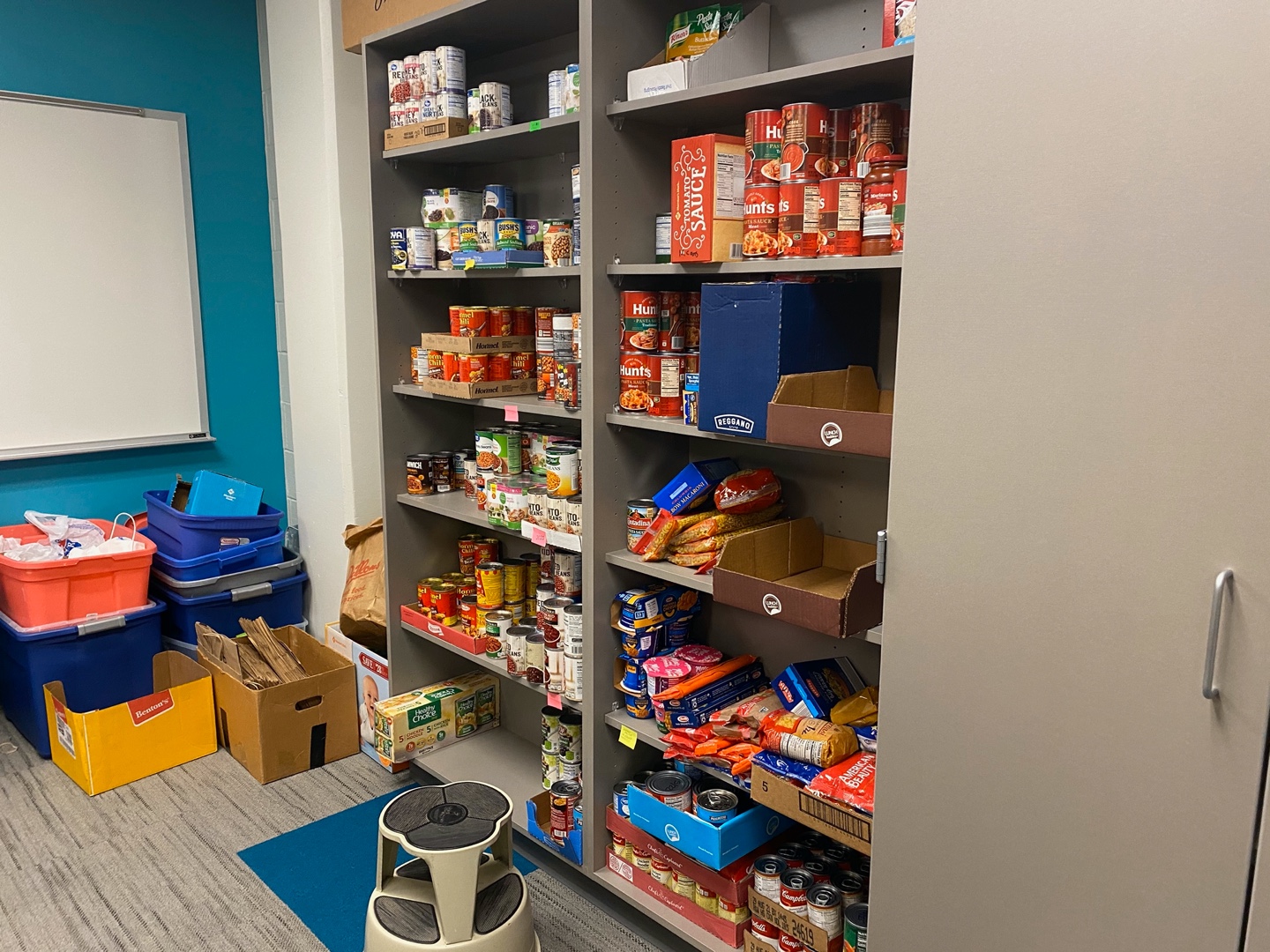 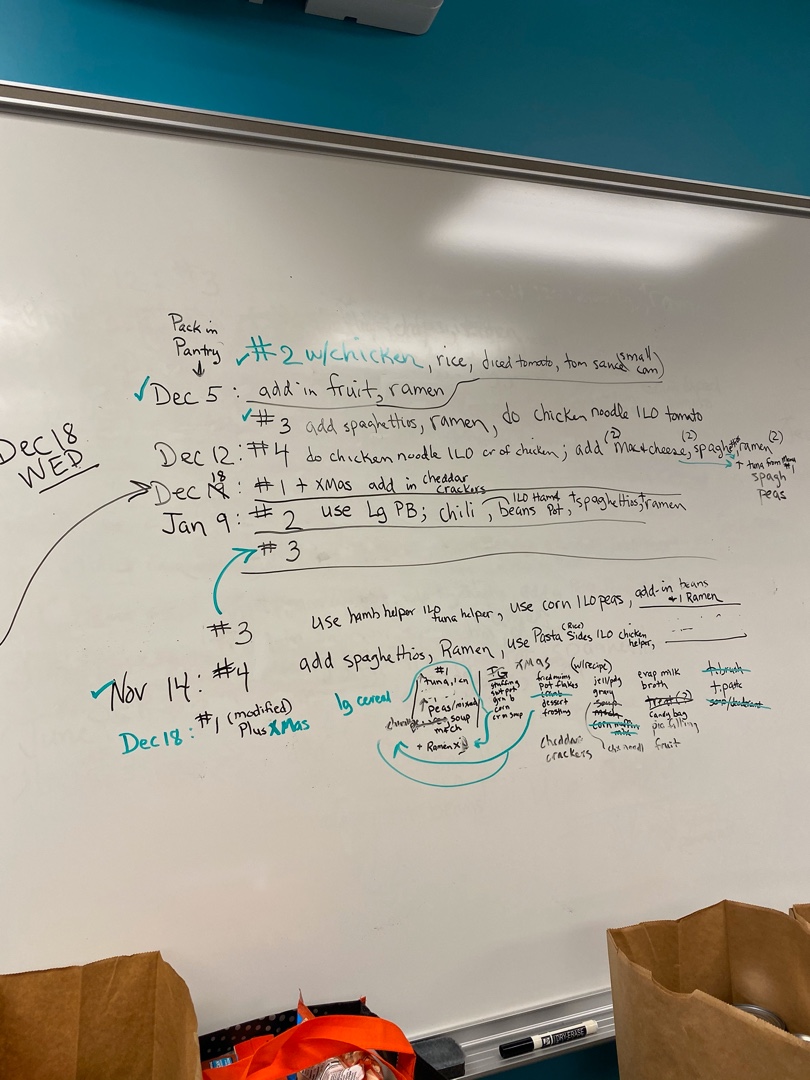 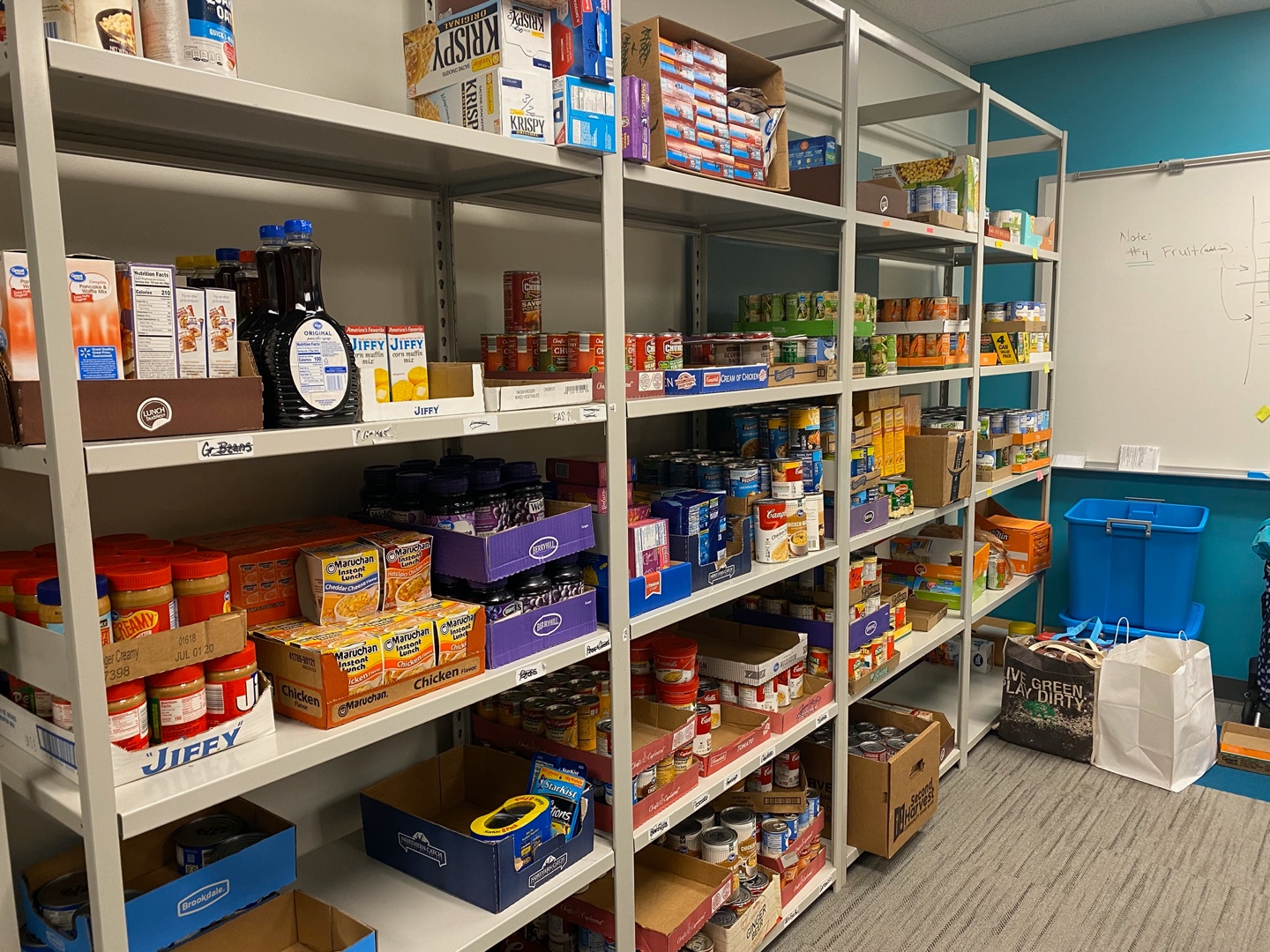 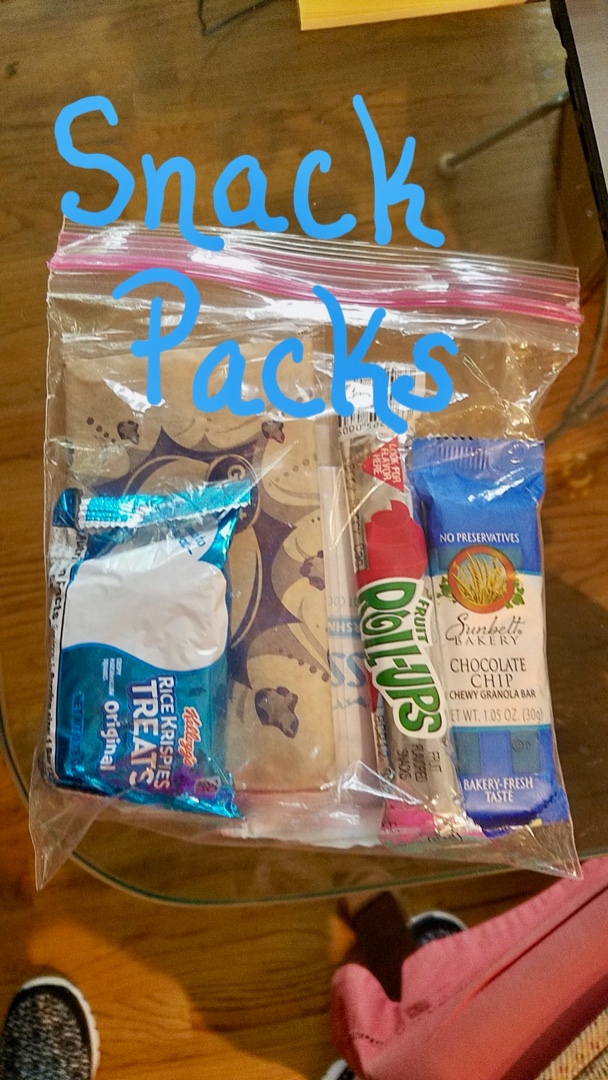 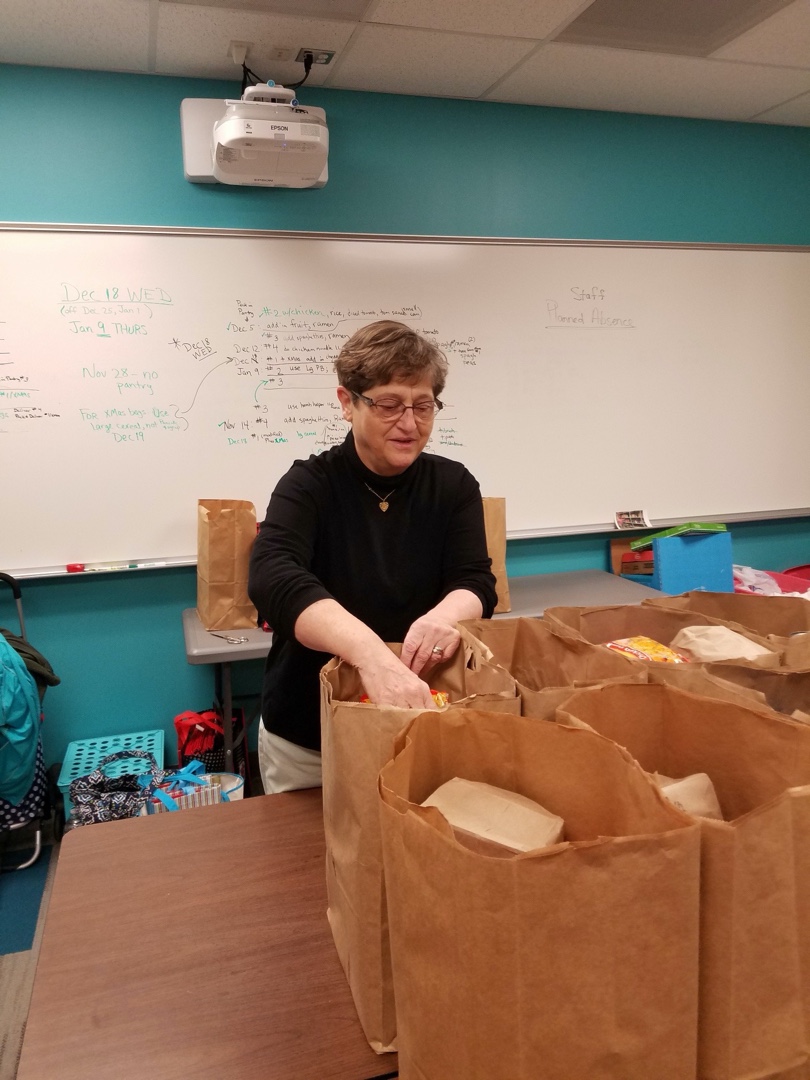