Congratulations to eighth grade student, Addison Rebarcheck, for being named one of the finalists in this year's Saint Mary's Virtual Lincoln Art Contest. Addison created her piece as part of an assignment given by her art teacher, Ms. Emily Bucher.

Final winners were announced February 15th during the Saint Mary's 23rd Annual Lincoln Event. Dr. David Trowbridge was this year's speaker at the virtual event, and he discussed "how America's monumental landscape became contested territory in the early 20th century and provide examples where the battle over public spaces and historical memory have continued into the 21st century." 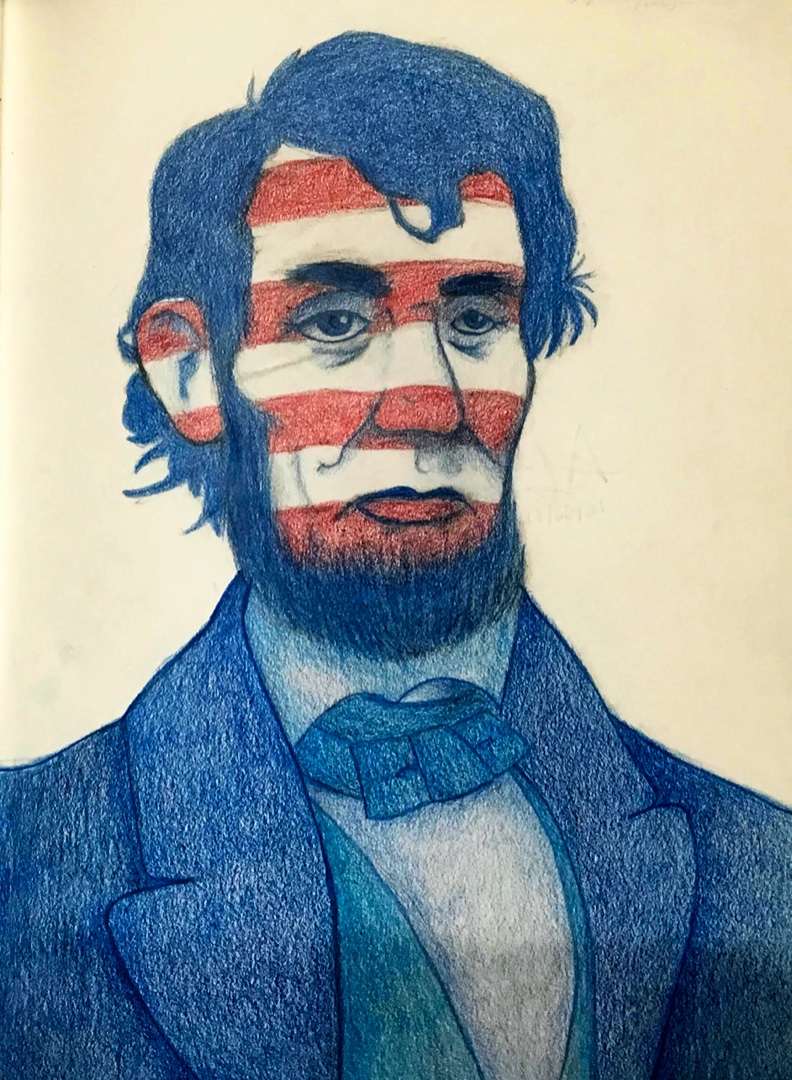