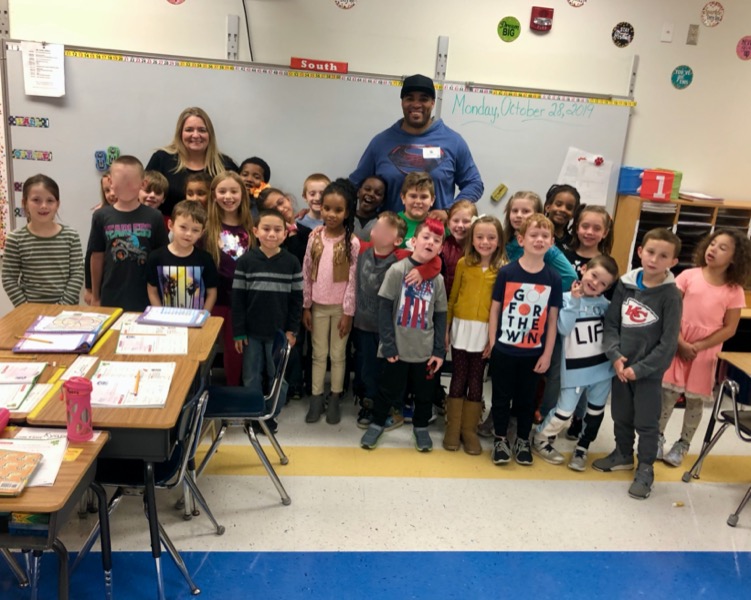 Lansing second graders in Ms. Counts's second grade class had a wonderful surprise on Monday, October 28th, thanks to their classmate, Derek Lorenzo. Retired NFL player, Gijon Robinson, visited the class to surprise Derek for his birthday and spent the afternoon explaining the game of football, answering questions, and sharing inspiring words about staying out of trouble and helping others. Mr. Robinson is Derek's uncle and was brought to the school by Derek's parents.

Gijon Robinson went to college at Missouri Western and was inducted into the Missouri Western Hall of Fame in 2017. Mr. Robinson was signed by the Indianapolis Colts as an un-drafted free agent in 2007. He was their tight end (TE) from 2007 - 2011, and they won the AFC Championship in 2009.

After surprising Derek, Mr. Robinson was introduced to the class by him and then gave an overview about the game of football. He even allowed the students to pass his AFC Championship ring around the room to study it. Mr. Robinson then talked to the kids about the importance of getting good grades, listening to teachers, and staying out of trouble. "The better you are, the better your community will be," he explained to the class. "Continue to be better, and don't give up." Mr. Robinson stressed to the students how staying on the right path can lead them to a successful life, just as it did him. Mr. Robinson worked hard as a child and stayed out of trouble, which led him to getting a full ride scholarship to college and a spot in the NFL.

“My students were very lucky Mr. Robinson visited our classroom," said Ms. Counts. "Meeting a professional athlete was exciting for them.  He also delivered an important message to each of them about making the right choices throughout life which is what helped him become successful and achieve his dreams.  Mr. Robinson impressed me by how amazing he was with the students.  He was so patient and acknowledged each one of them.”

On behalf of Lansing USD469, Happy Birthday Derek! Thank you for sharing your uncle's inspiring story with your class. 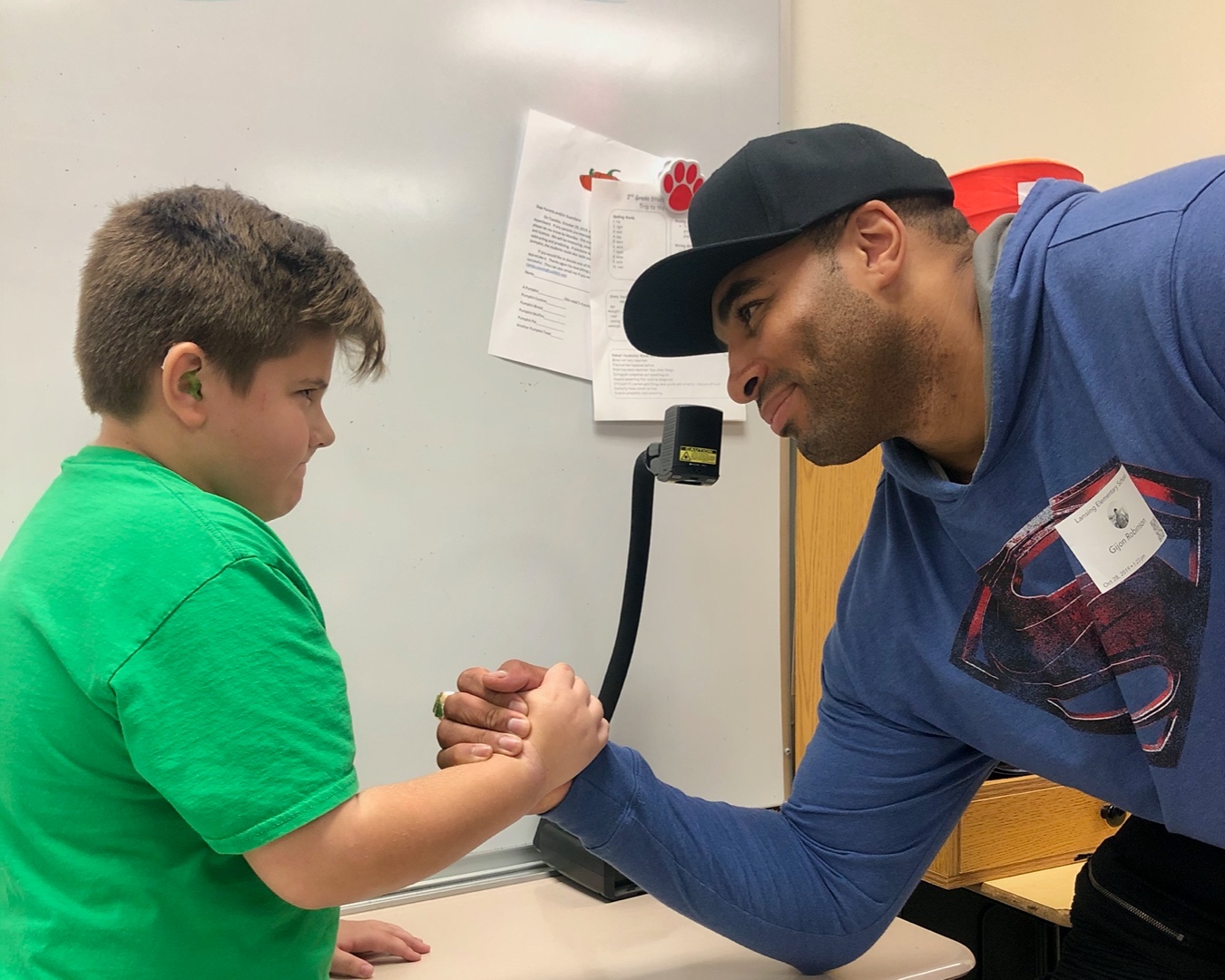 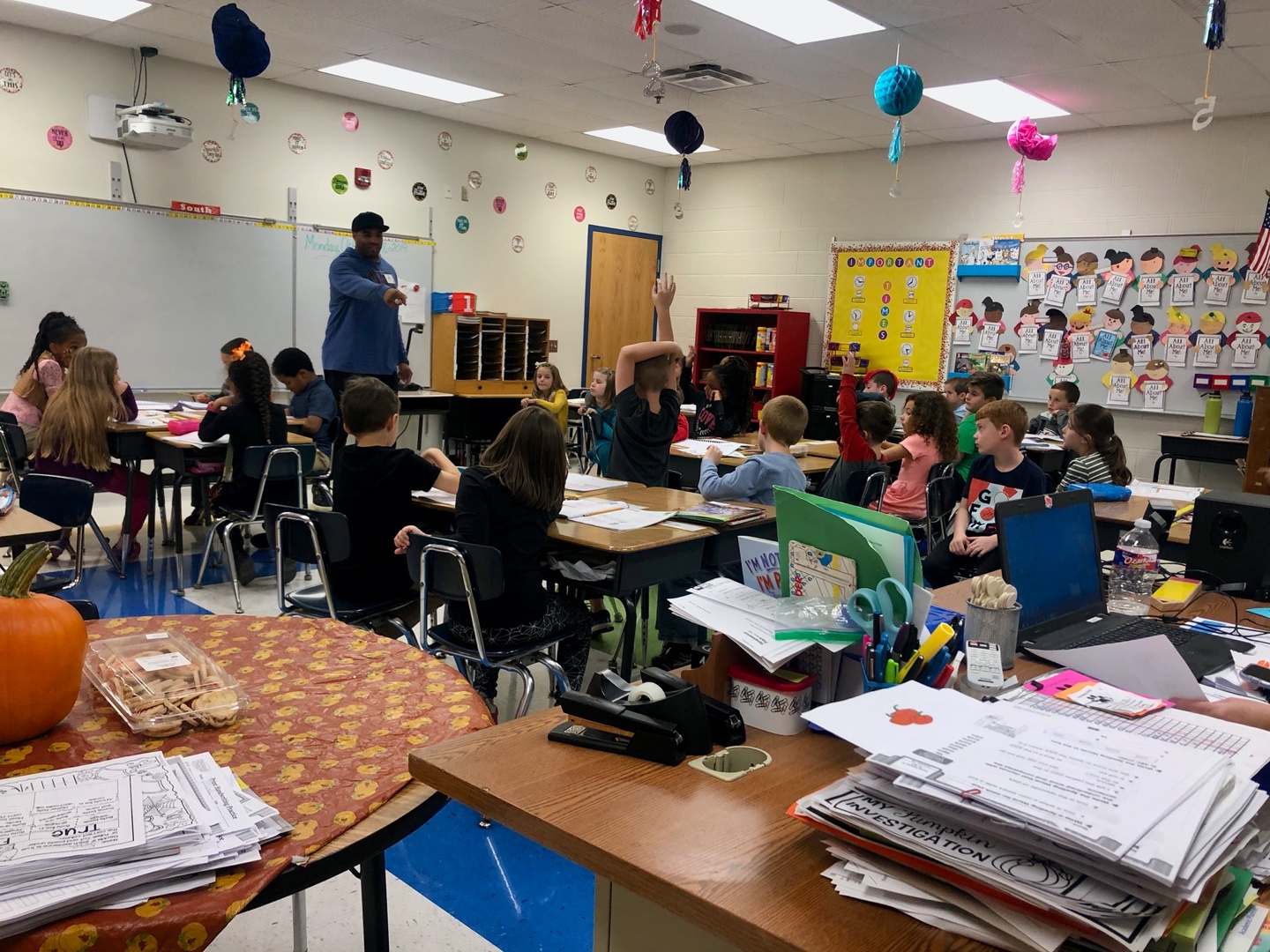 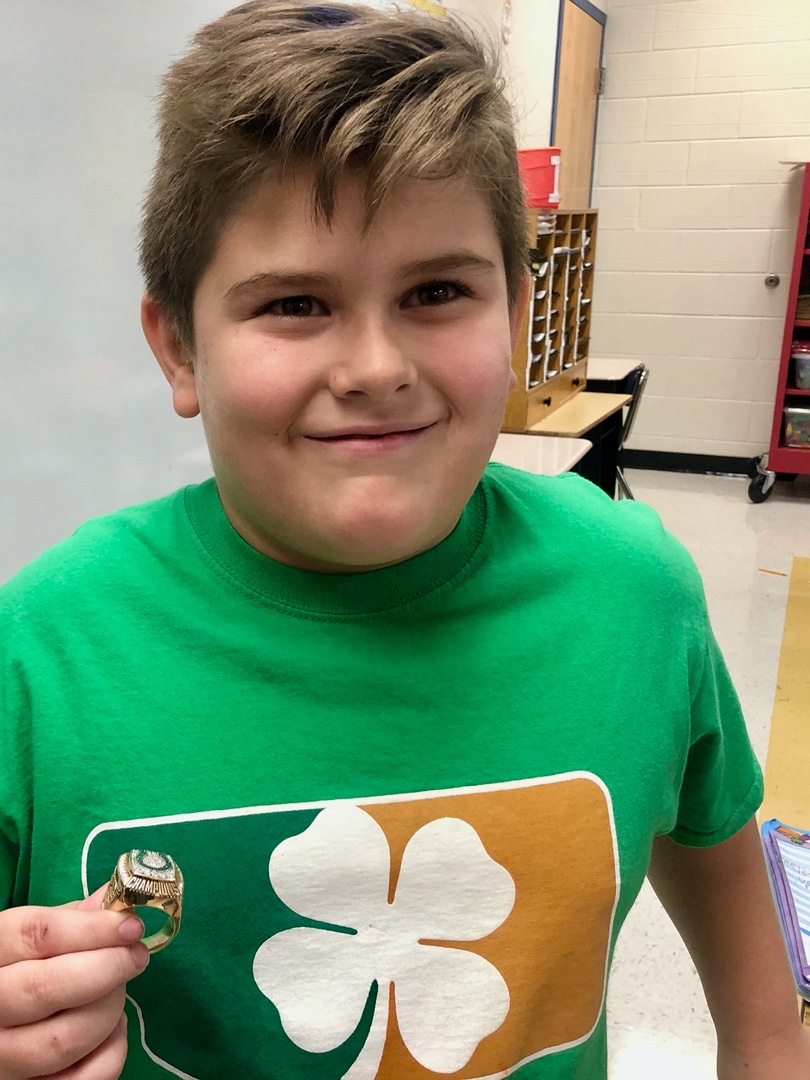 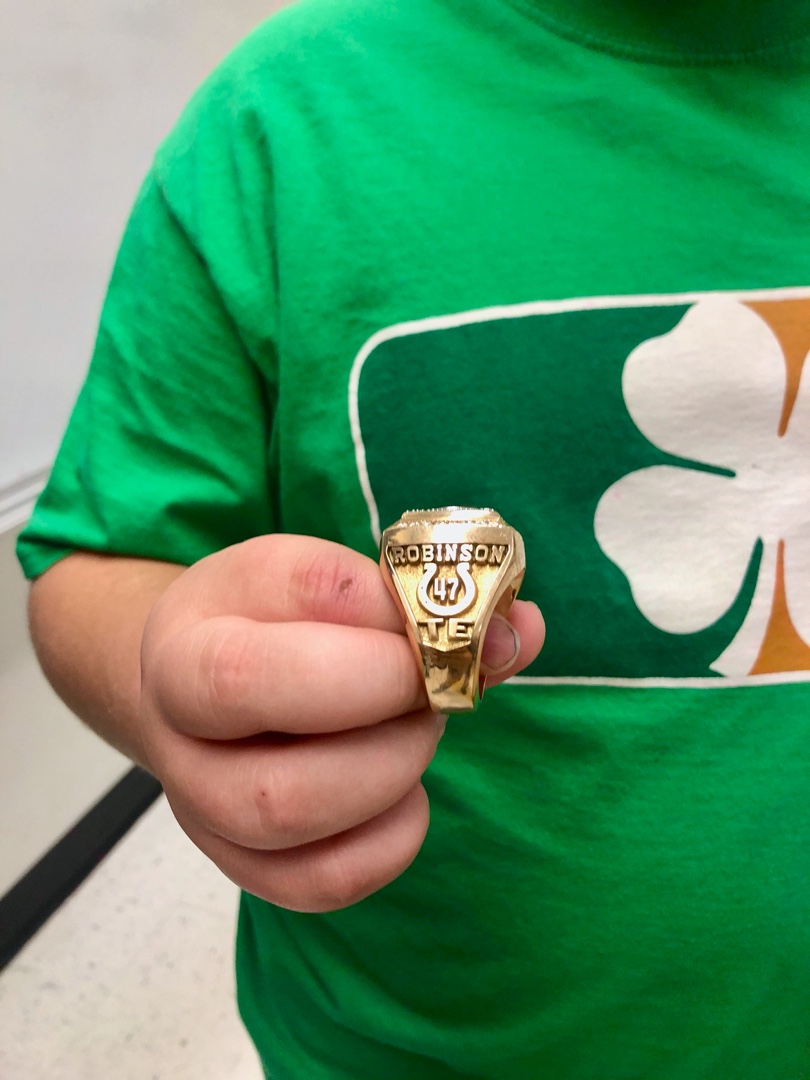 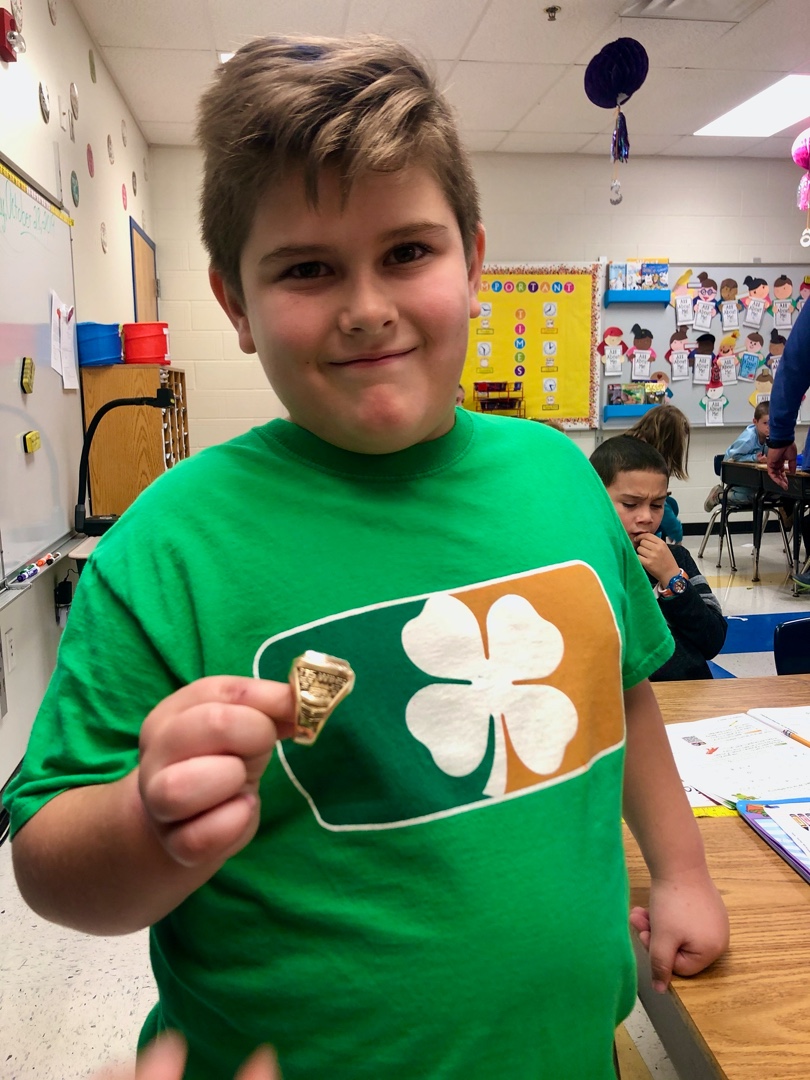 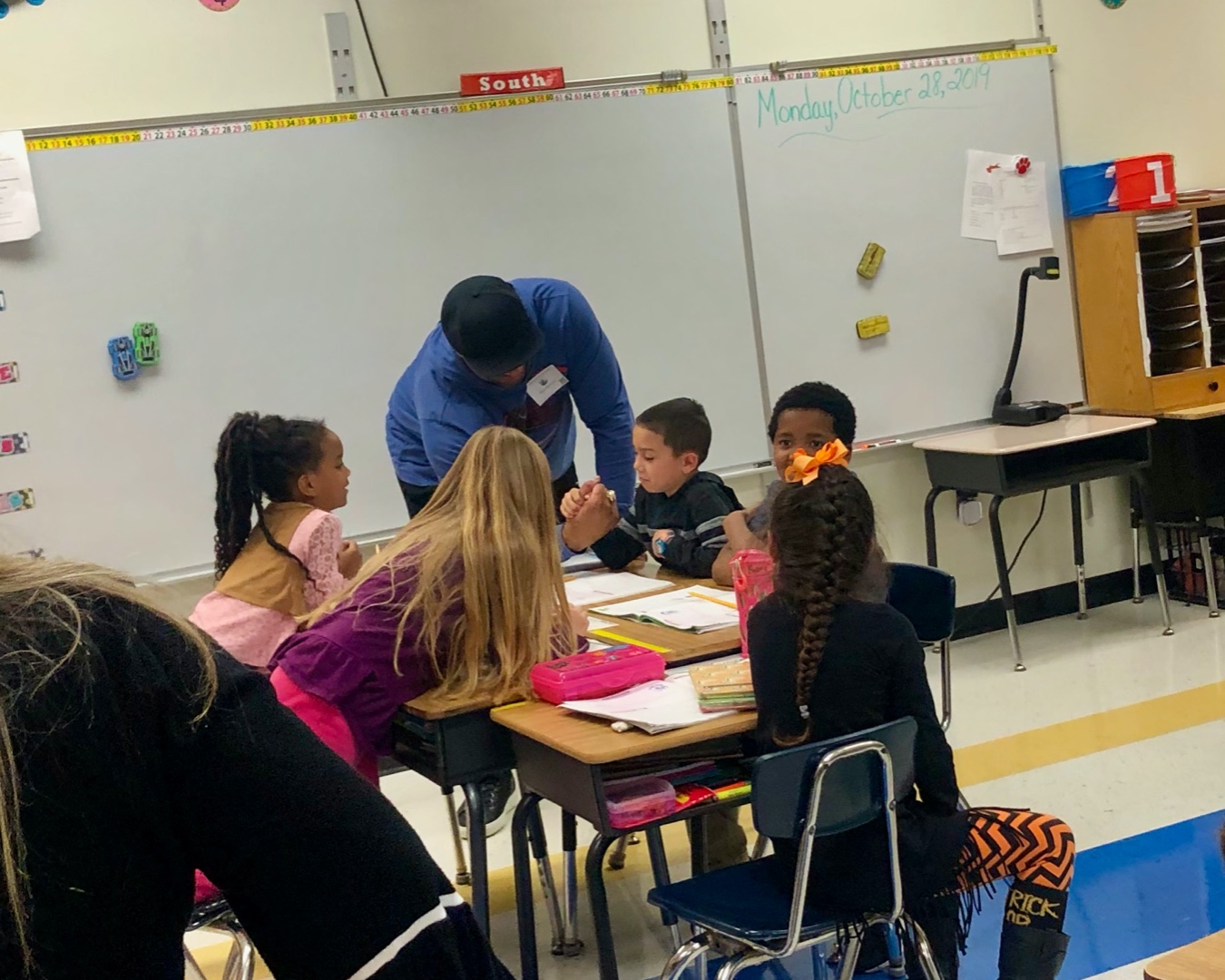 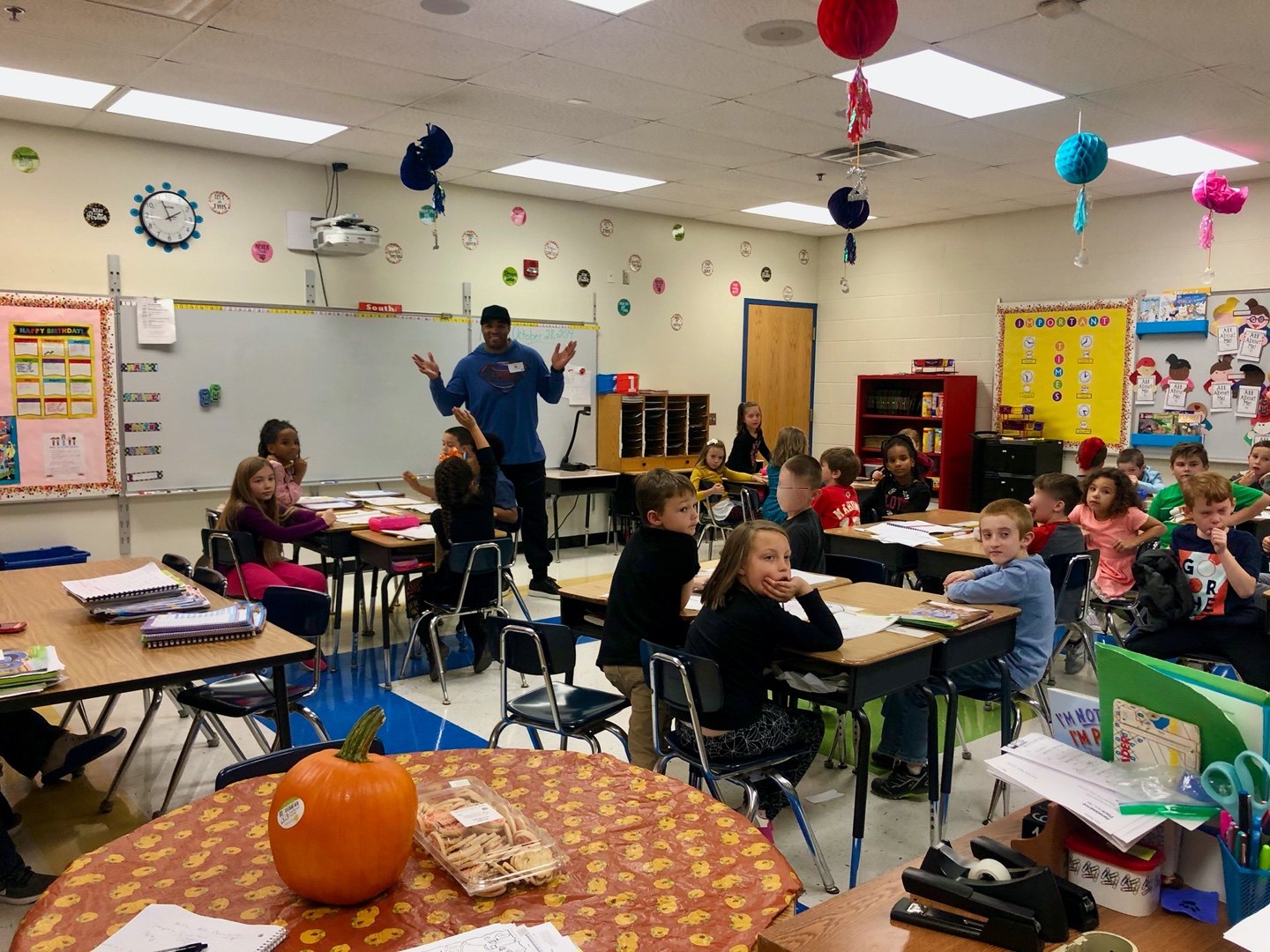 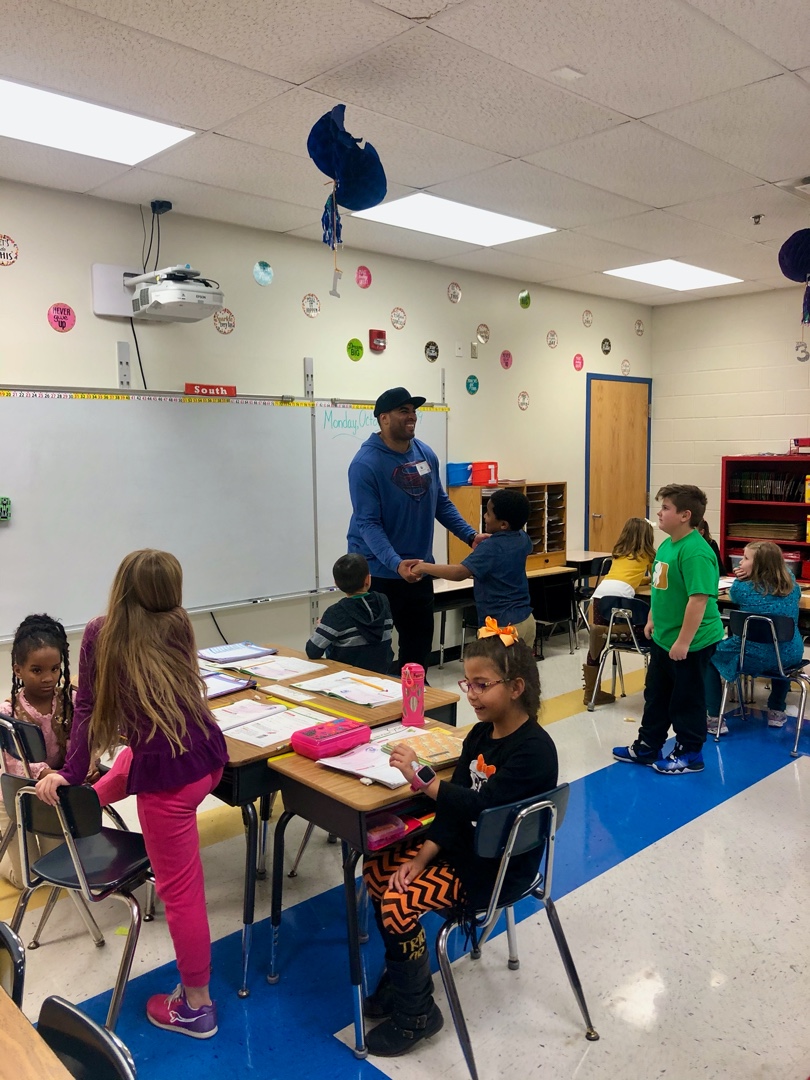 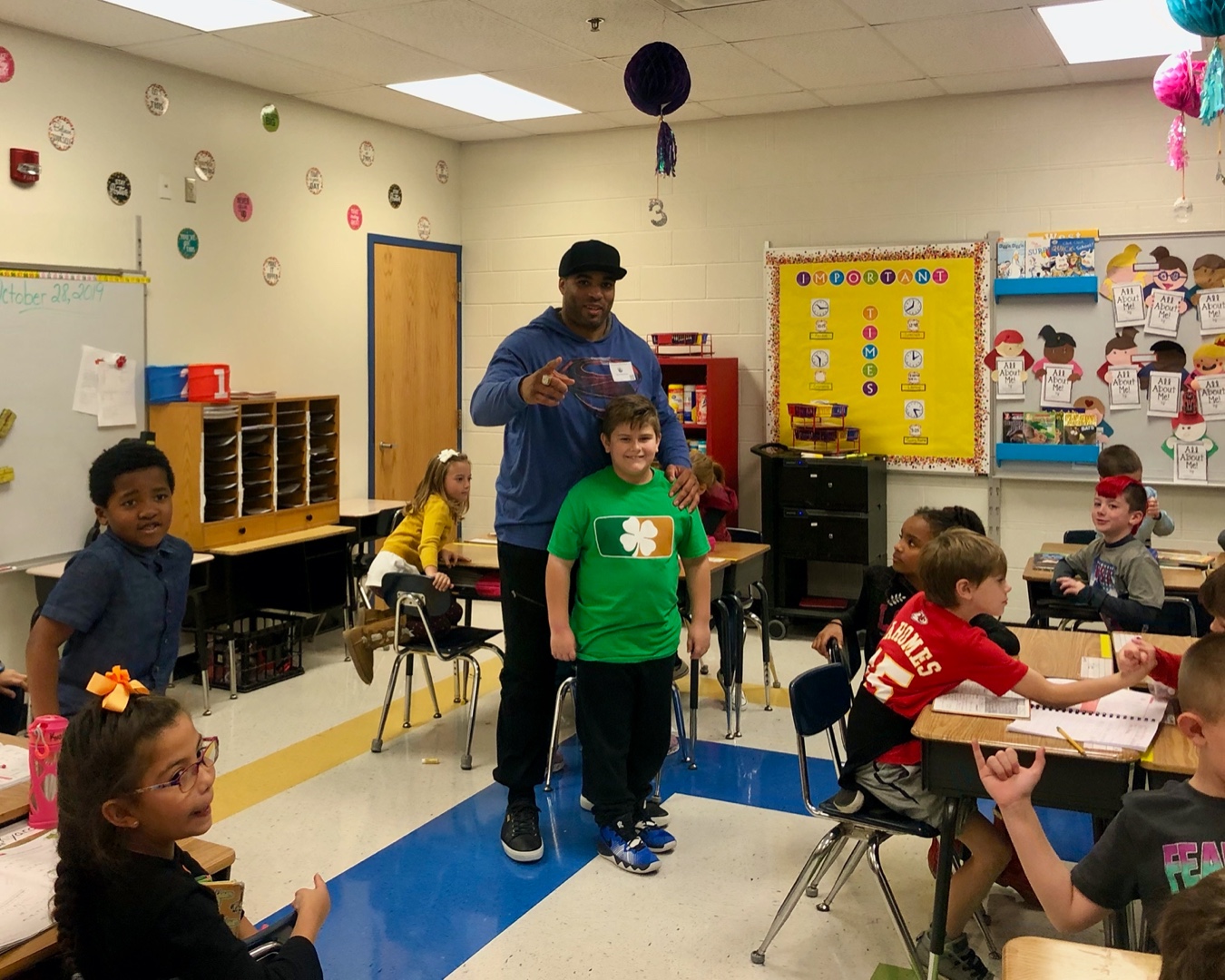