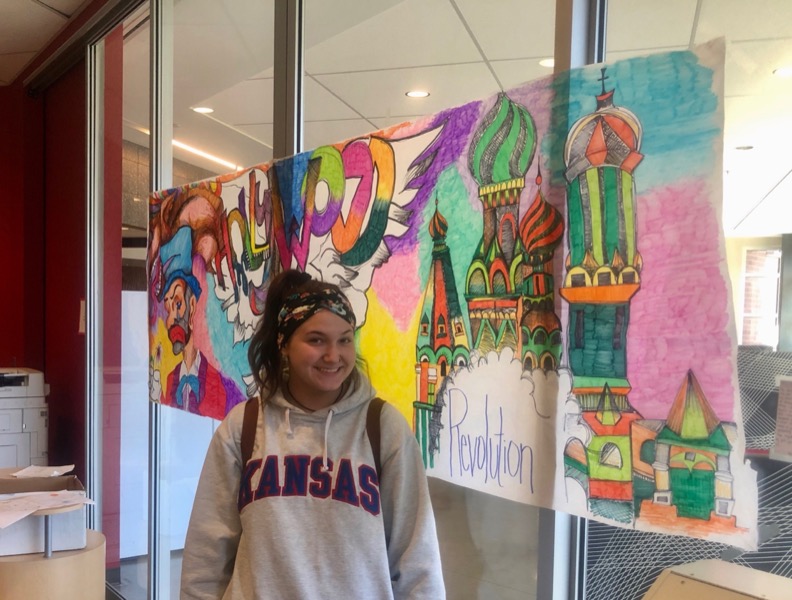 Juniors in Ms. Megan Johnson's English 11 classes have just completed a project in which they were able to look at who they are as an individual in a project-based learning assignment. Ms. Johnson asked students to examine their past, present, and future selves and create something that represents each. Ms. Johnson came up with the idea of the project over the summer while meeting with a group of peers from the Spencer Museum of Art at the University of Kansas.

Over the past seven weeks of school, she has had her students reflect on who they are as individuals by having them write in a journal each day. The class then read the book titled The House on Mango Street by Sandra Cisneros. One of the themes of the book is discovering one's identity, which is exactly what Ms. Johnson wanted her students to take away from this project.

Through her connections with the Spencer Museum of Art, Ms. Johnson had another goal of bringing art into her classroom. To do this, she allowed her students to represent their past, present, and future in any way that best describes them as a person. "I really wanted to make them think about who they are, and I felt they were incredibly insightful about it." Once complete, students displayed their pieces in the Lansing High School Library in what they have called an "Identity Museum."

Students showcased themselves in a variety of different ways - through posters, shadow boxes, models, photographs, writing samples, etc. Trevor Couch created a video for his project titled "Dance Evolution" and was able to share it with his peers via a QR code. "I like to dance, and this video was a way for me to share how I used to dance, how I dance now, and how I may dance in the future, depending on how music changes." You can view his video by scanning the QR code below via your camera. 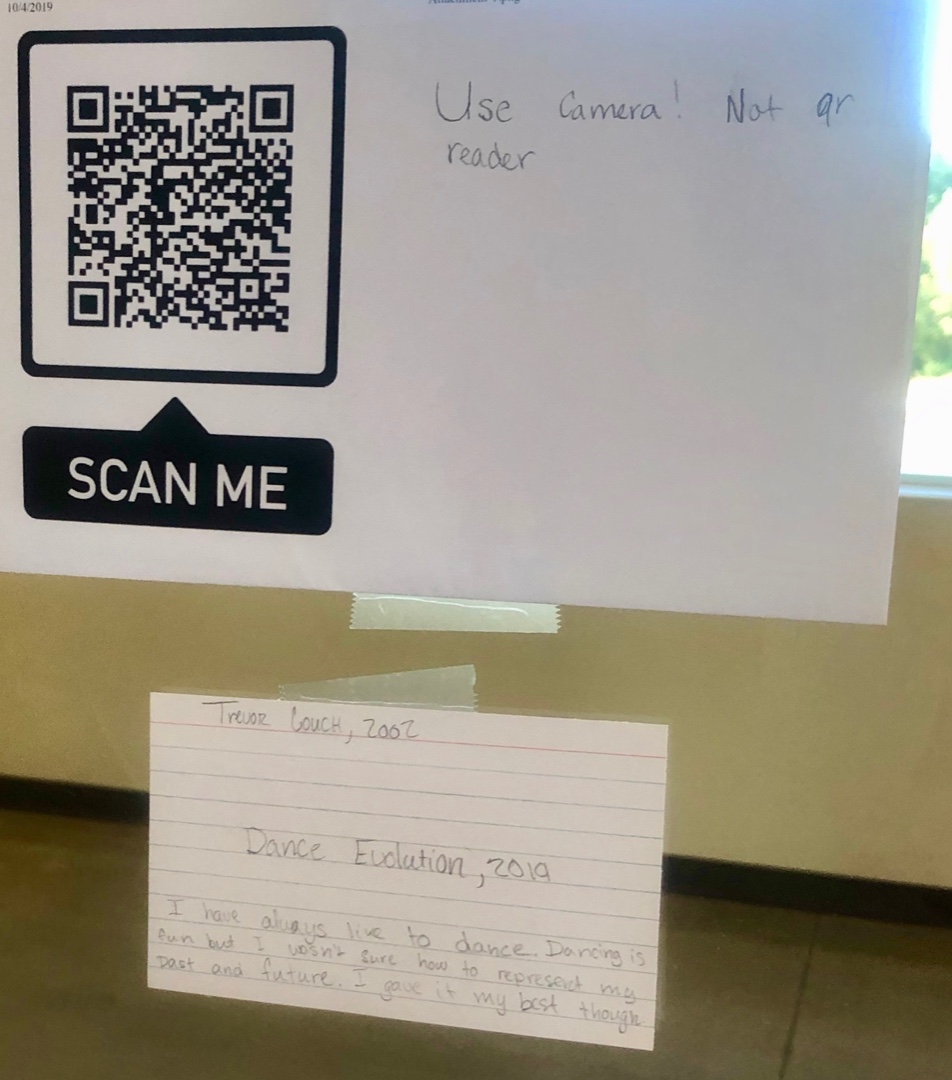 Alli Johnson also enjoyed and got a lot out of the project, "No one knew my past or anything about me before this. Now they do in a light-hearted way." She created a large mural to represent her past, present, and future. Alli has also started her own business and used the mural as a way to promote it. 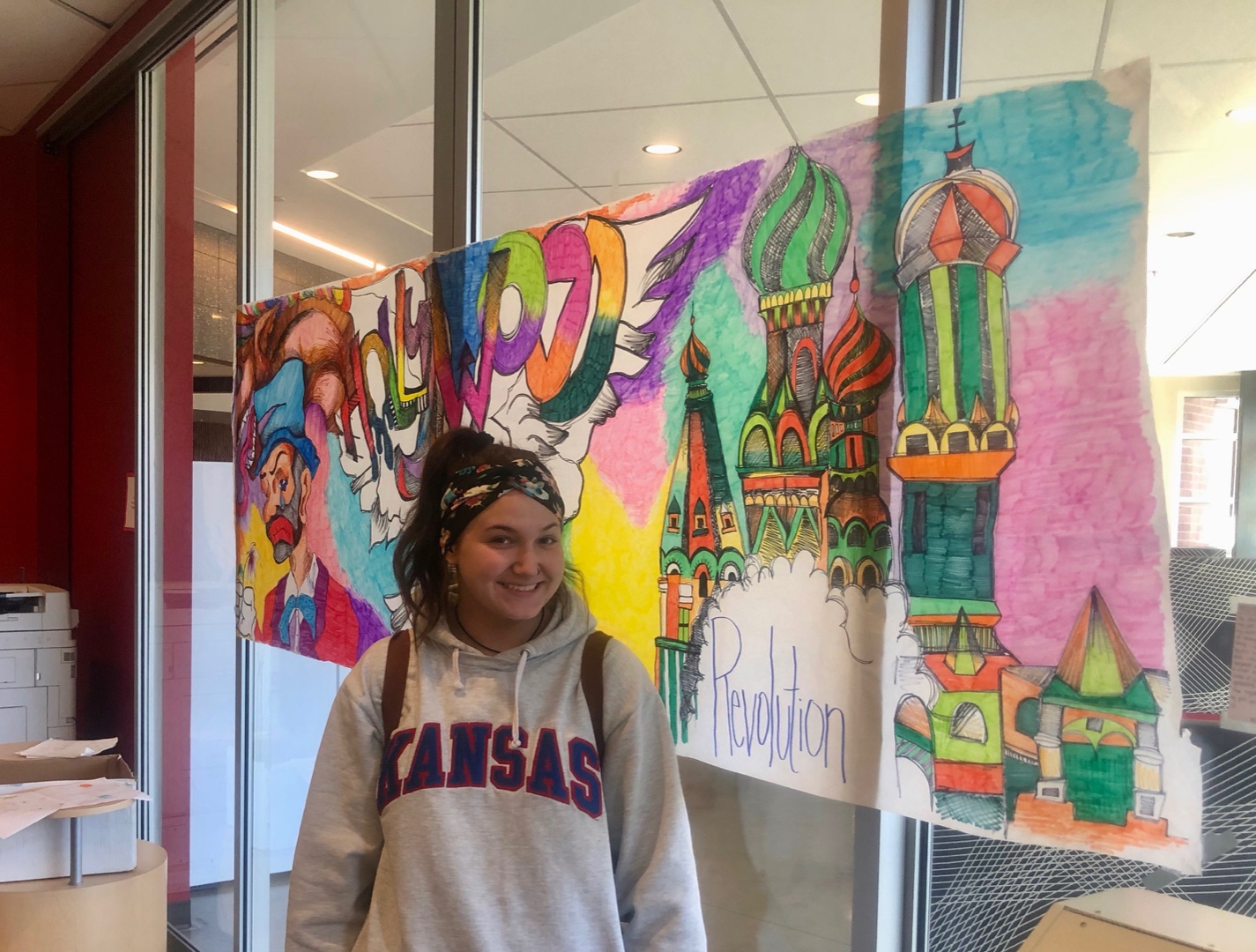 Be sure to check out the Identity Museum in the high school library during Parent / Teacher Conferences! 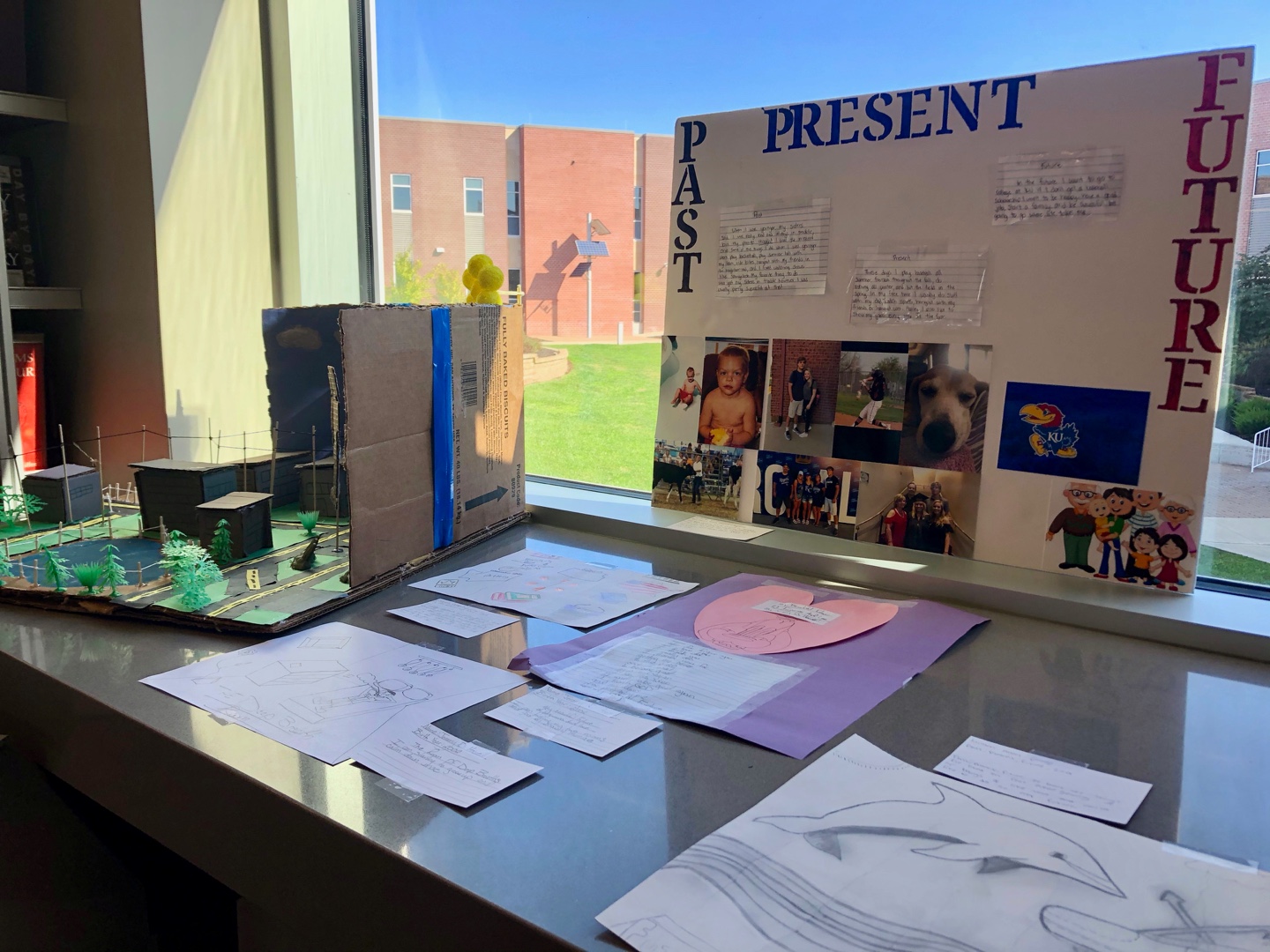 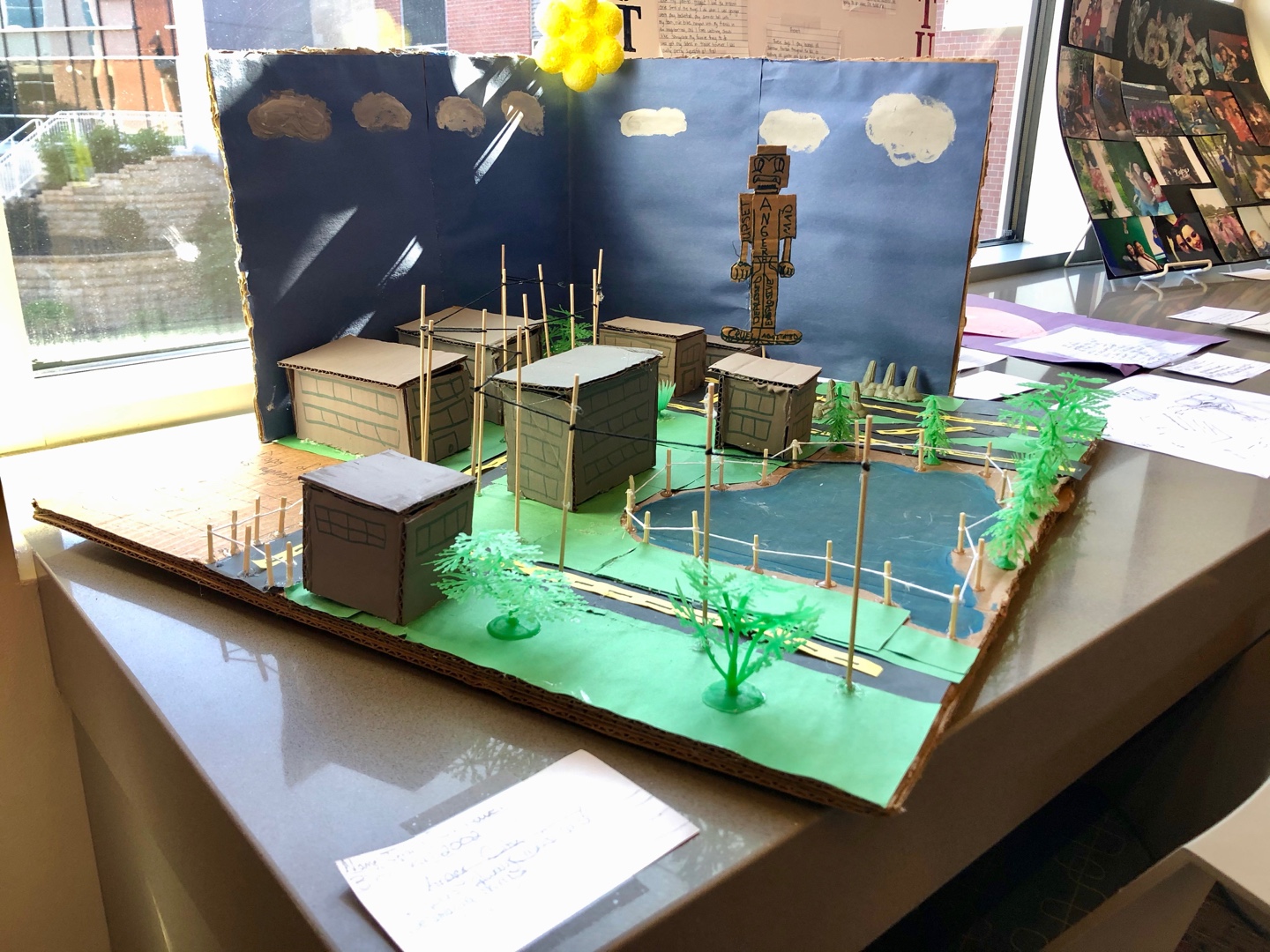 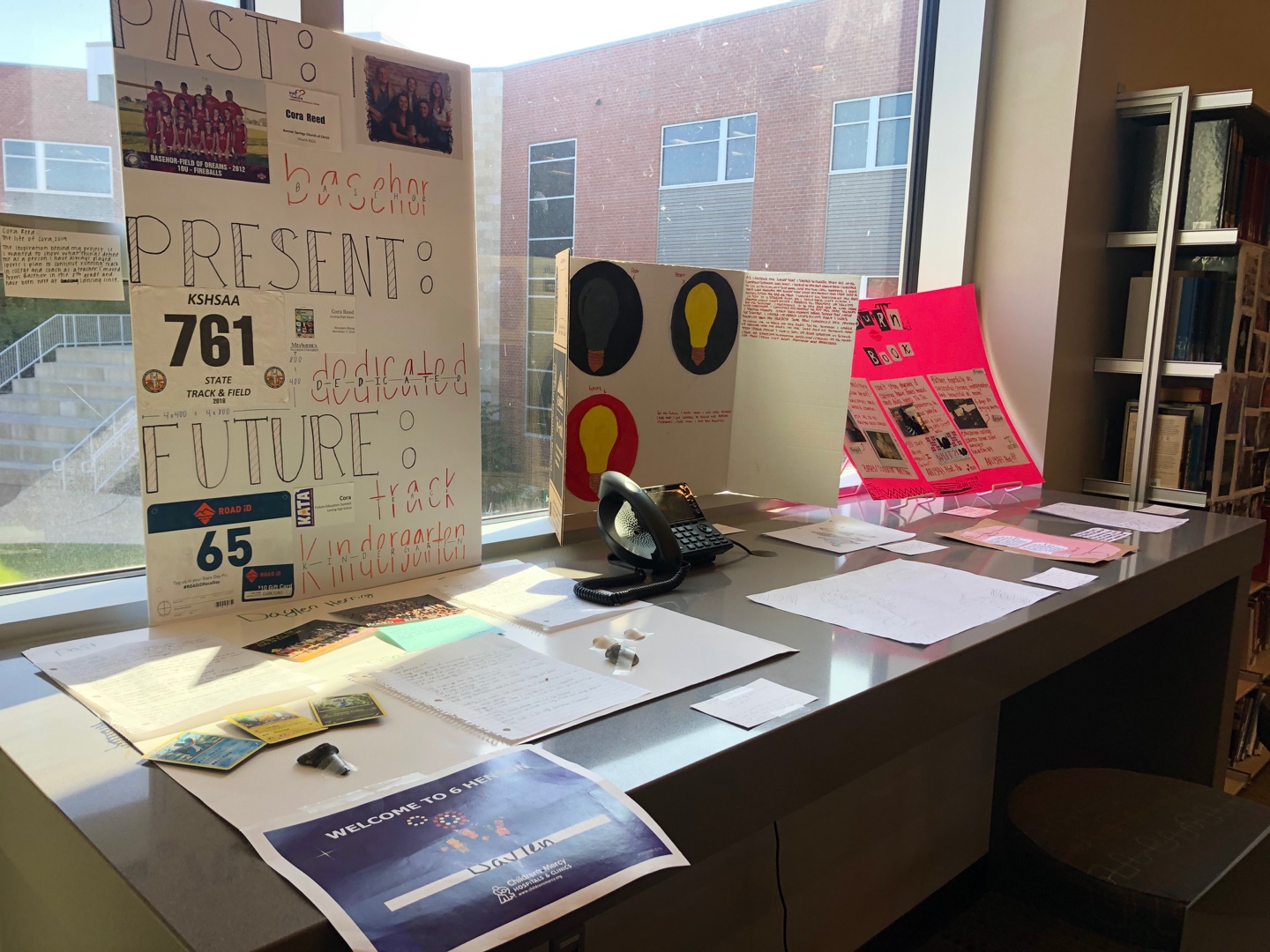 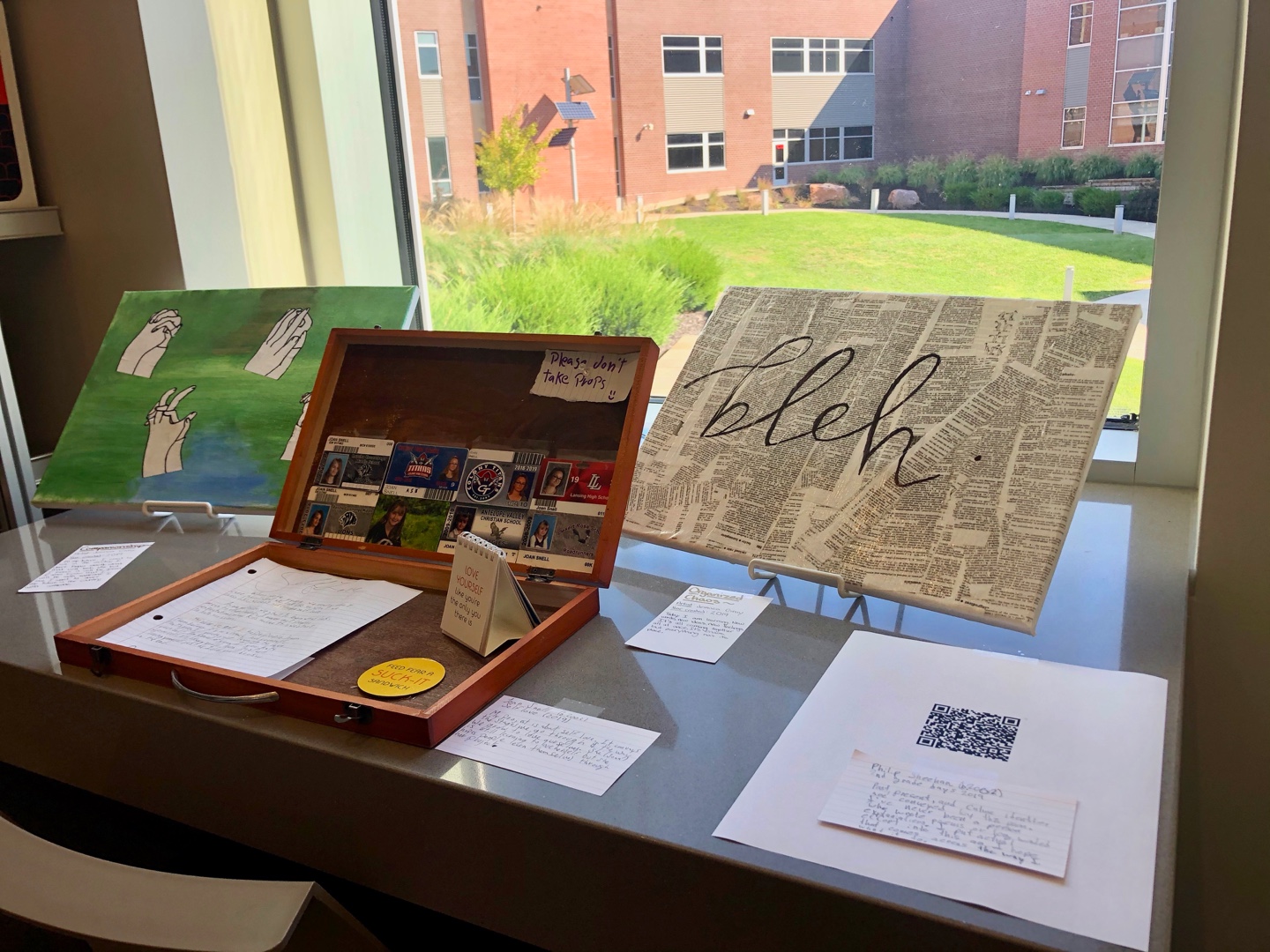 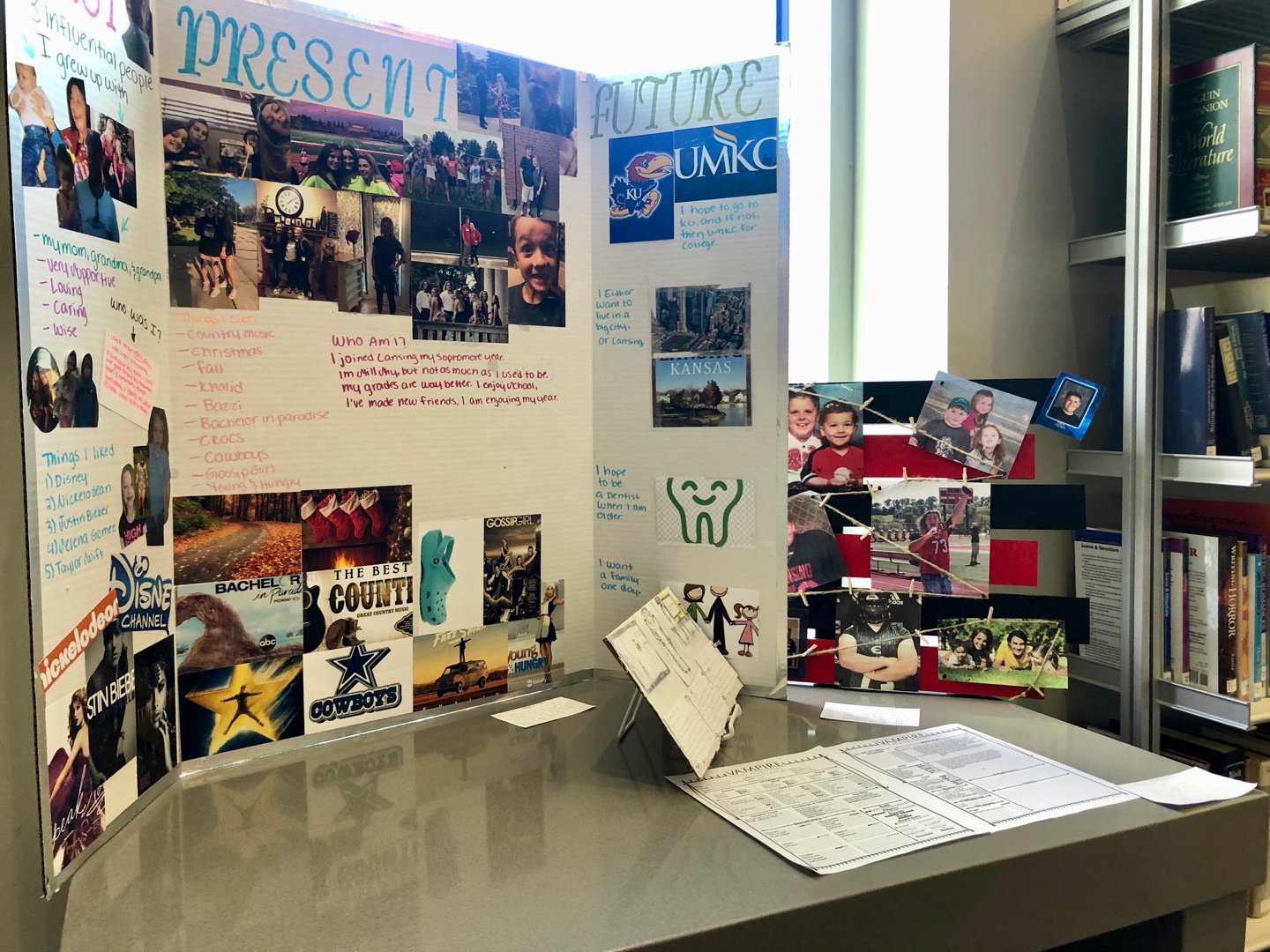 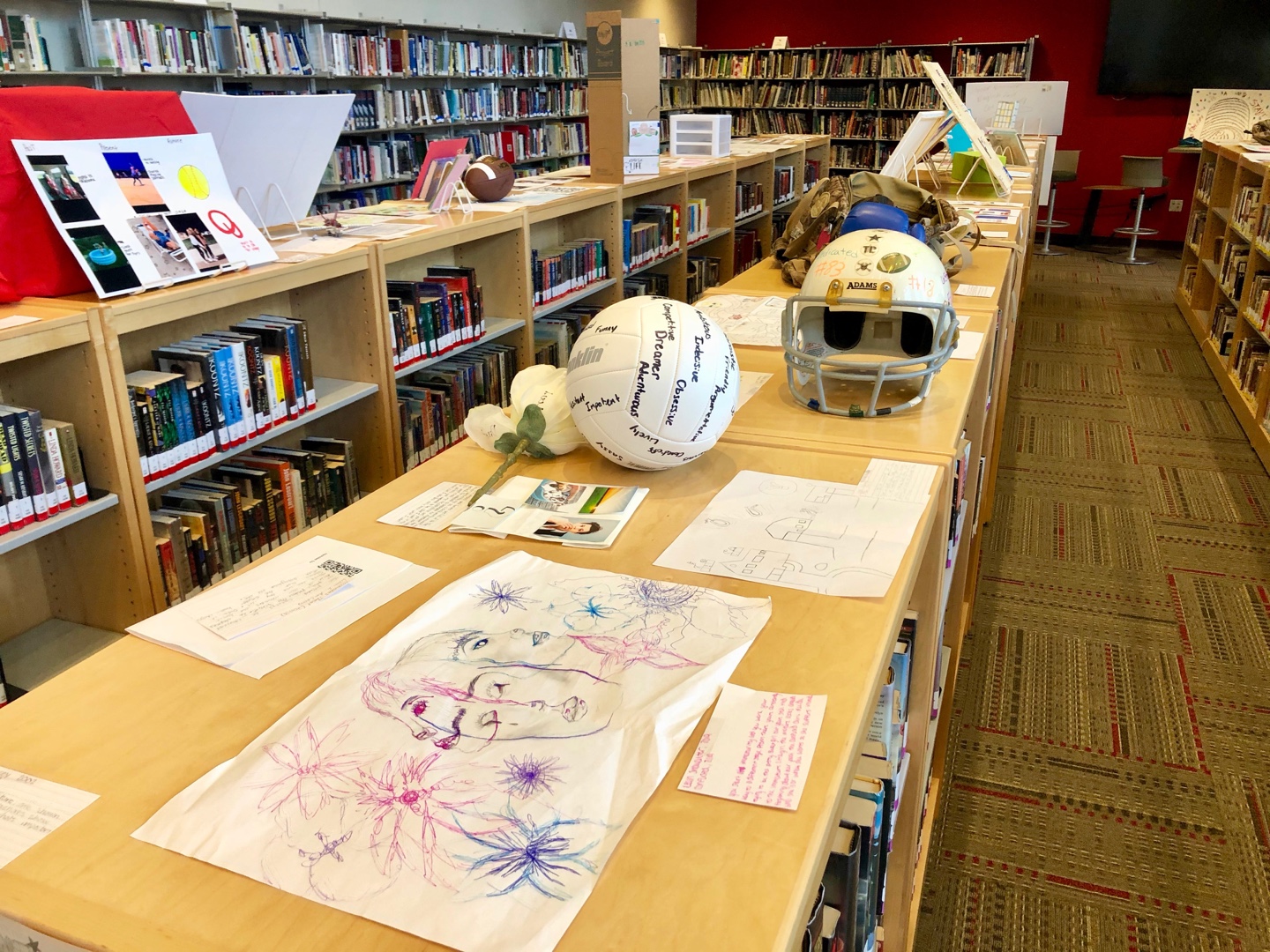 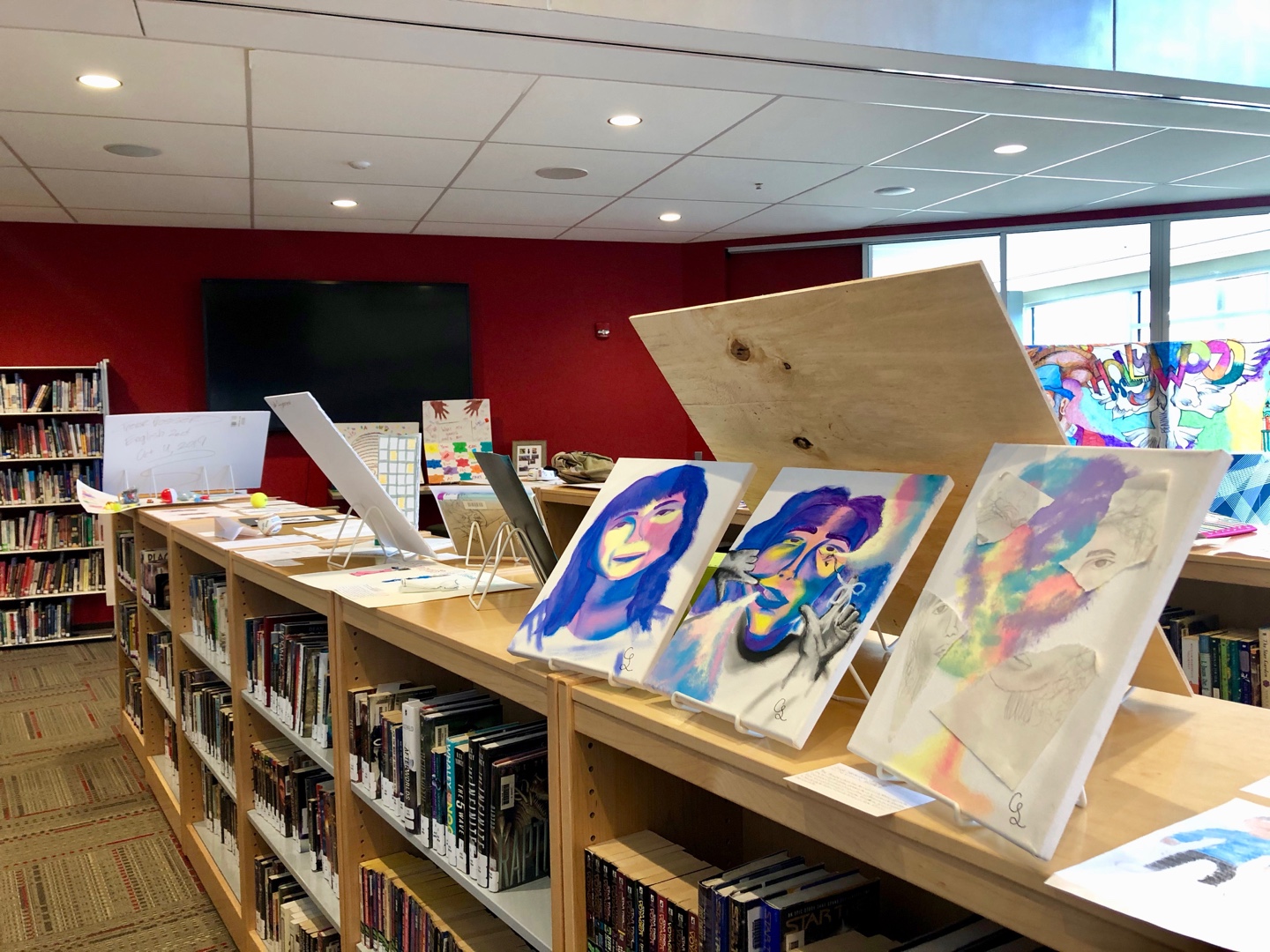 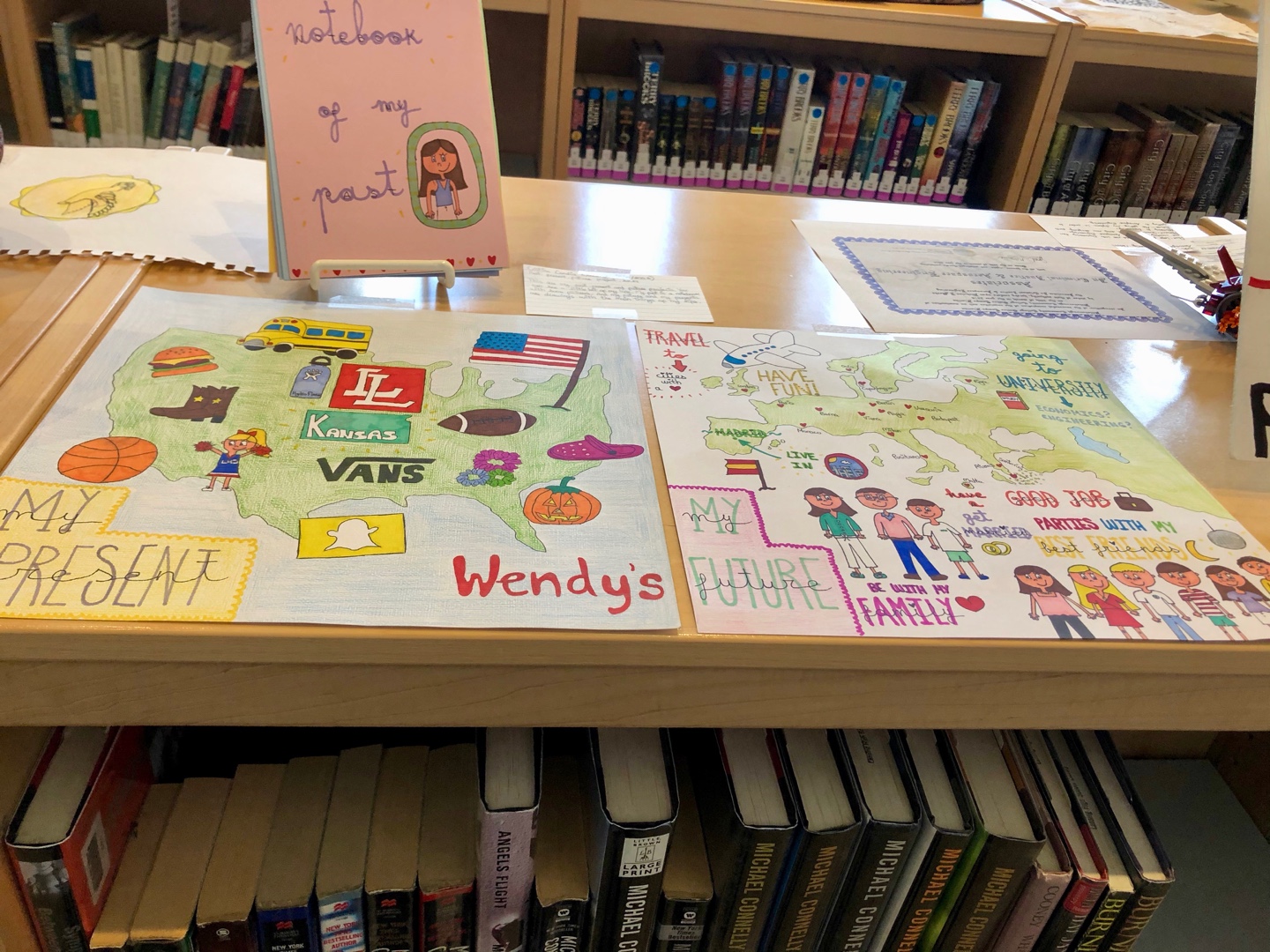 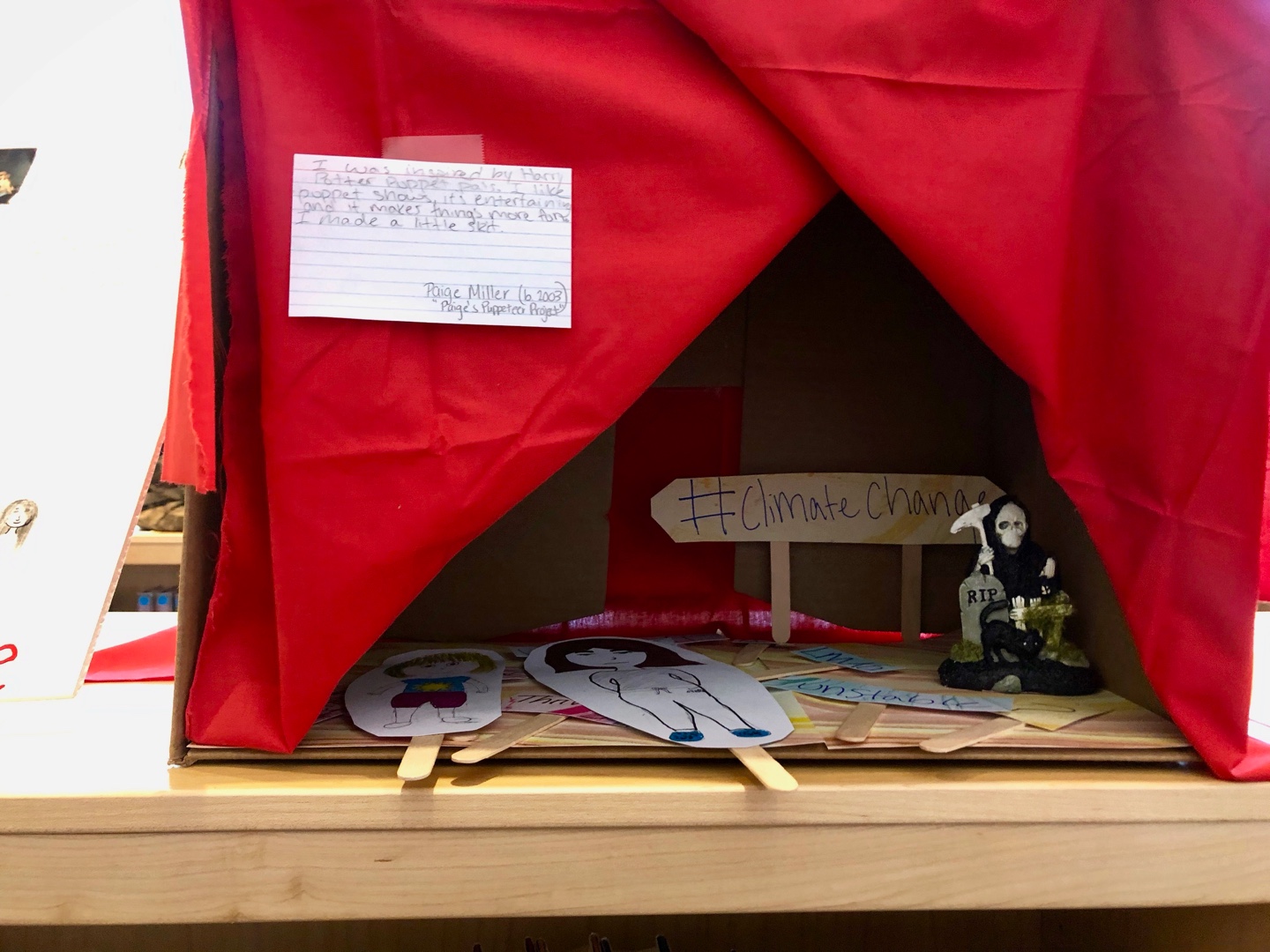 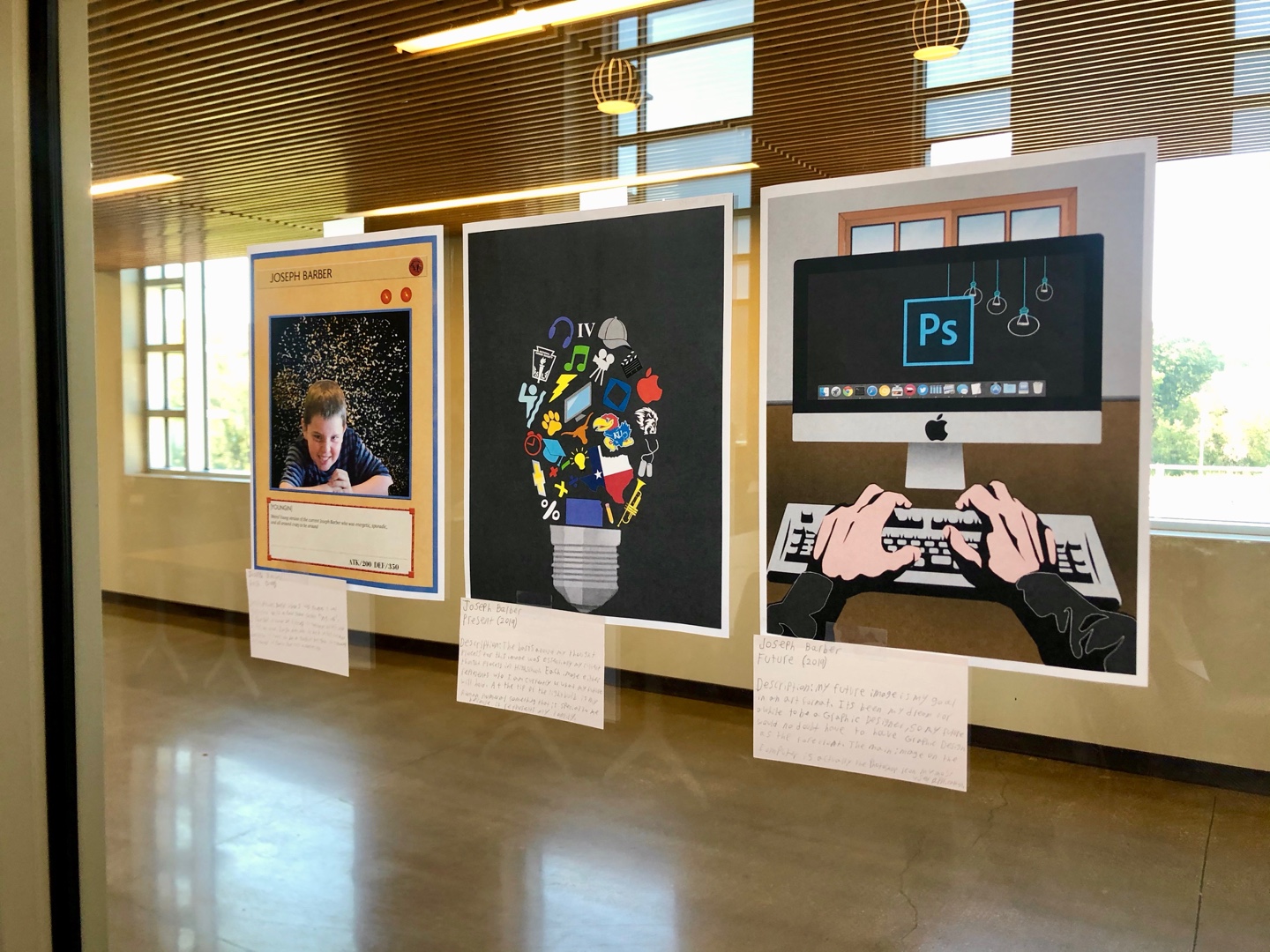 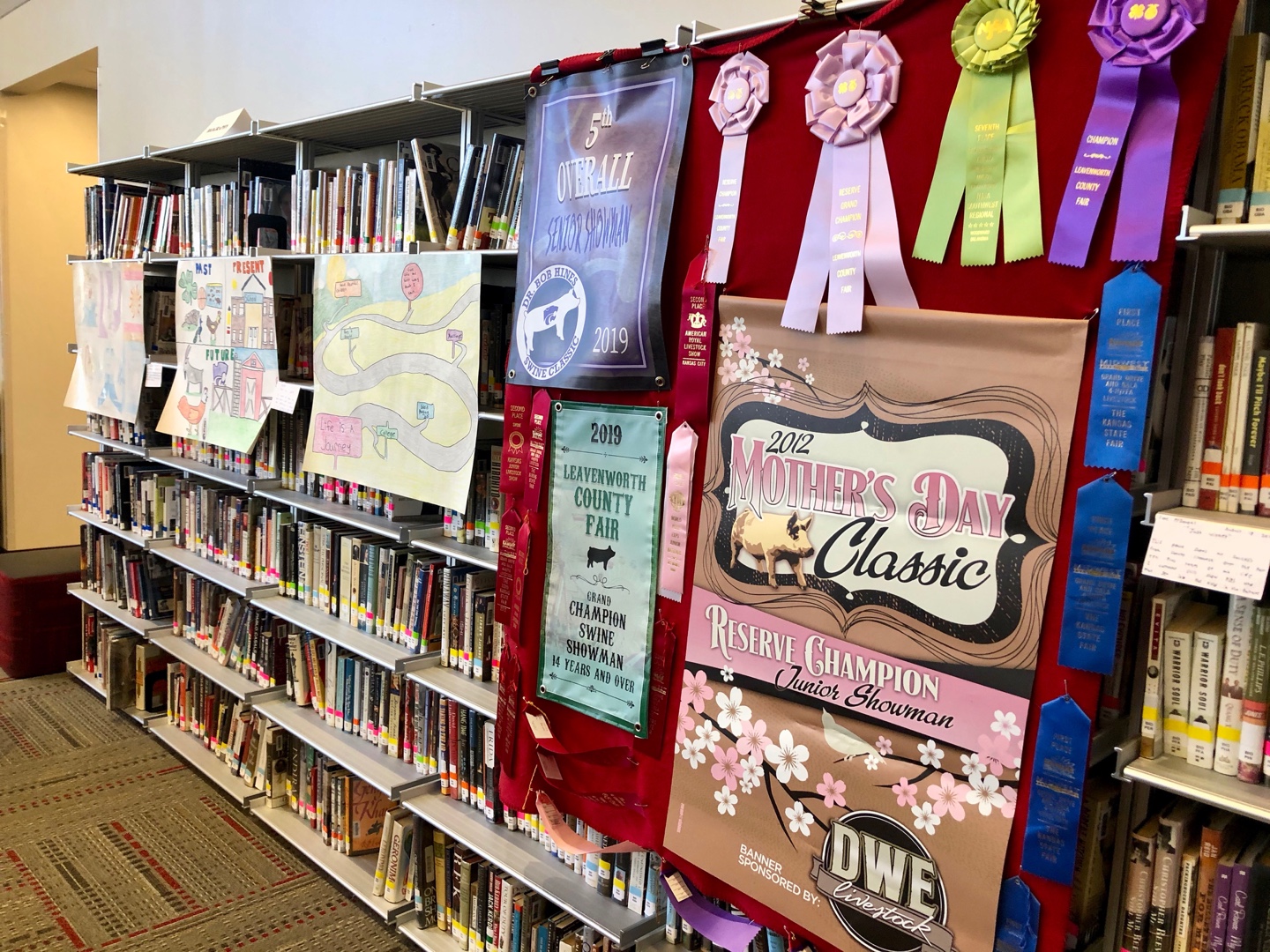